Local authorities and residents of the central and southcentral regions are taking a number of drastic steps in response to the incoming storm No. 6 (Nakri).

Powerful Typhoon Nakri is approaching the South Central Coast and is predicted to make landfall in localities from Quang Ngai to Khanh Hoa by late November 10 night.

According to the national weather service, Nakri – the sixth and likely the strongest typhoon from the East Sea this year – was located about 110 km to the north of Song Tu Tay Island (in Vietnam’s Spratly archipelago) as 7 am on Saturday morning (Nov 9), with strongest winds blowing at up to 100-135 km/hour.

By 7 am the next morning, the storm is forecast at about 220 km to the east from the coast of provinces from Quang Ngai to Khanh Hoa, with the strongest winds blowing at 100-115km/hour. In the next 24 to 48 hours, the storm is predicted to move in the north-western direction at 10-15 km/hour, going deep to the mainland before weakening into a tropical depression.

Strong winds and rough sea are forecast in the waters off the provinces from Da Nang to Ninh Thuan, while heavy rains up to 350mm, as well as flood and landslide, are also warned for provinces from Thua Thien - Hue to Ninh Thuan and the Central Highlands from Nov 9-12.

Authorities were asked to urge boats and fishermen working at aquaculture farms at sea to return to land, while getting plans ready for the evacuation of residents from houses and areas vulnerable to strong winds, flooding and landslides. 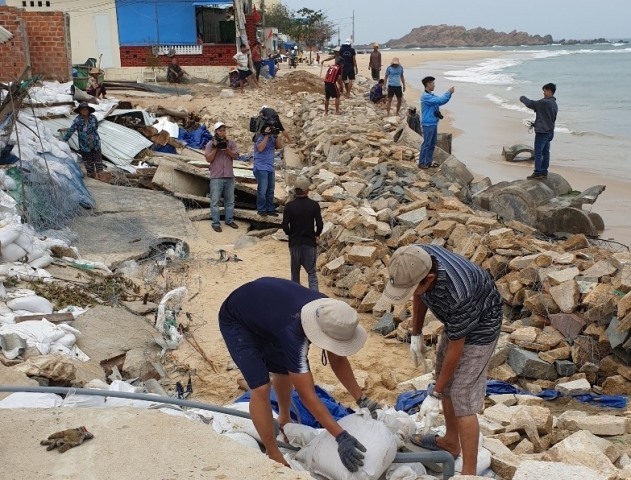 Quang Ngai, Phu Yen and Binh Dinh provinces will close schools on November 11. The latter plans to evacuate more than 14,500 households with 68,000 people out of dangerous areas before 12 pm on Nov 10.

Khanh Hoa province will relocate 3,707 households at 88 risk-prone locales to safety when the storm makes landfall.

In Phu Yen, about 6,200 people have been mobilised to participate in rescuing and coping with the typhoon. They have proactively notified fishermen to have appropriate plans returning to the sea after the storm’s dismissal.

Ho Chi Minh City authorities have requested its relevant units and localities to closely monitor the development of Nakri and called on boats to evade the storm. The city has prepared a plan to relocate locals in Thanh An island commune, Can Gio district, as well as households along the rivers and sea to safe places. 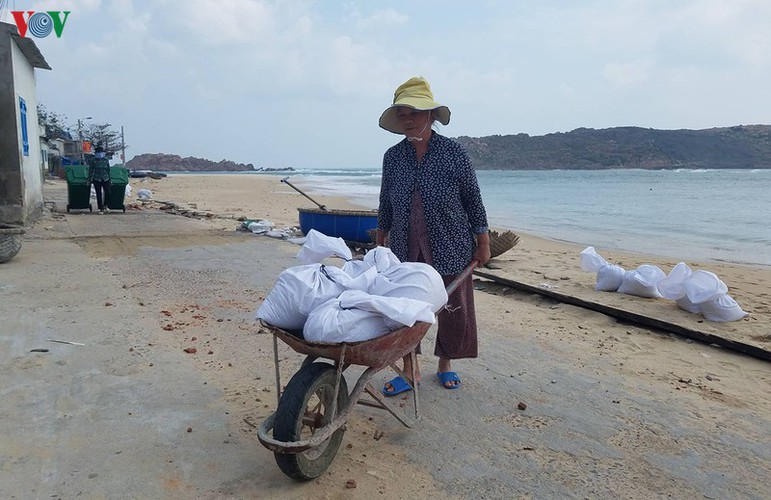 Local people in Nhon Hai commune of Quy Nhon city place sandbags around their property in order to protect their houses from rising rainfall. 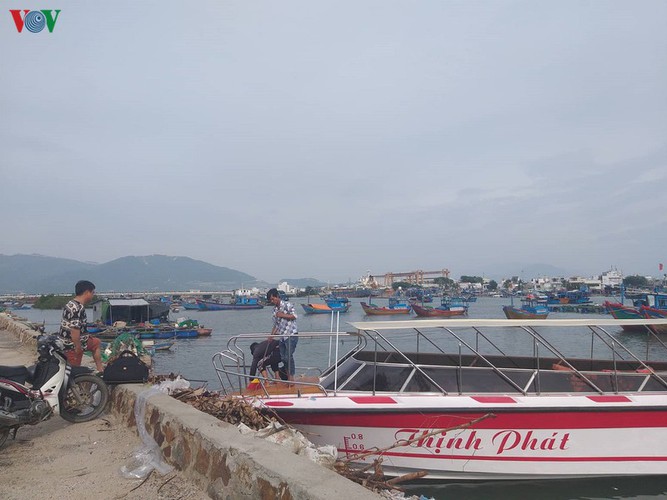 Fishing vessels and tourism boats throughout the area can be seen seeking shelter to ensure the safety of both fishermen and tourists. 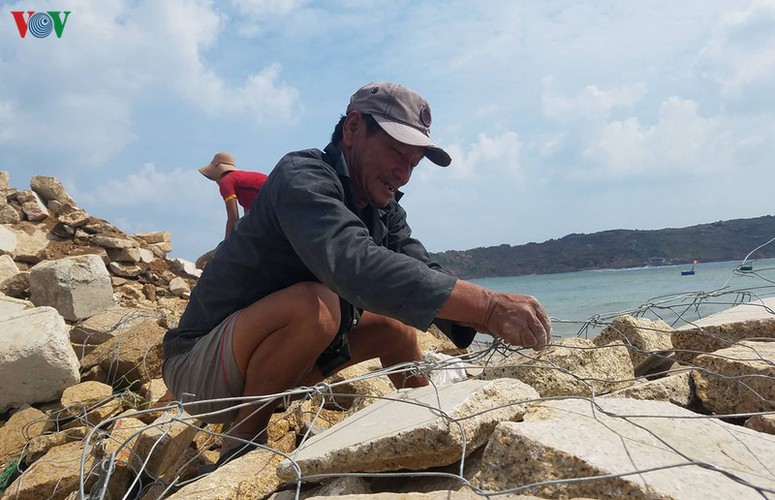 A number of large stones are being used to create dykes in a bid to prevent high waves from devastating Nhon Hai commune. 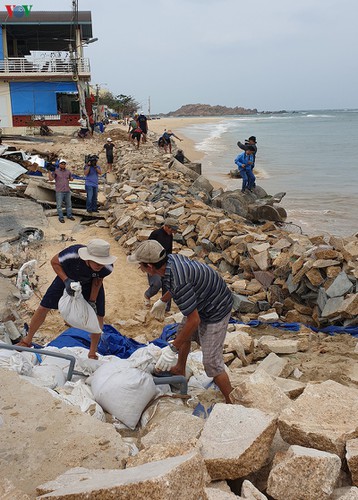 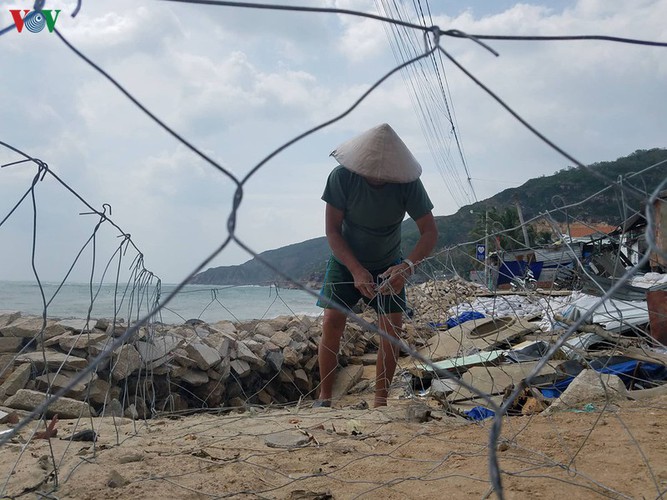 A man produces a net that is suitable for carrying a large quantity of stones. Devices like this will be crucial if the area is to have any chance of avoiding rising water levels. 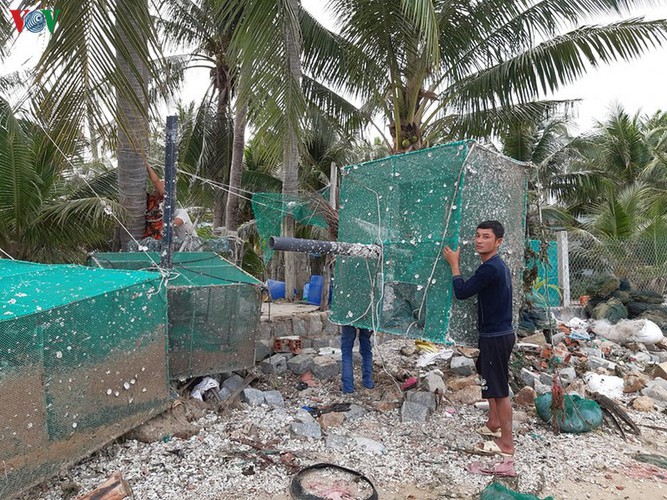 Local people in Vinh Xuan Dai of Song Cau town move aquaculture cages into position ahead of the impact of the storm in an attempt to avoid serve flooding. 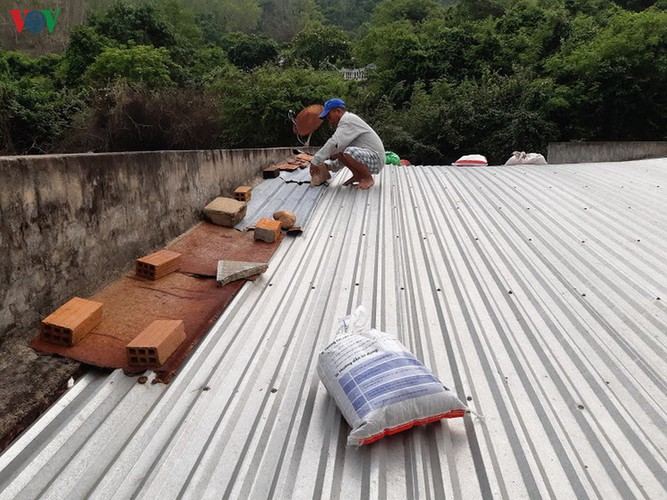 A man located in the southcentral province of Phu Yen uses stones and bricks to secure a roof. 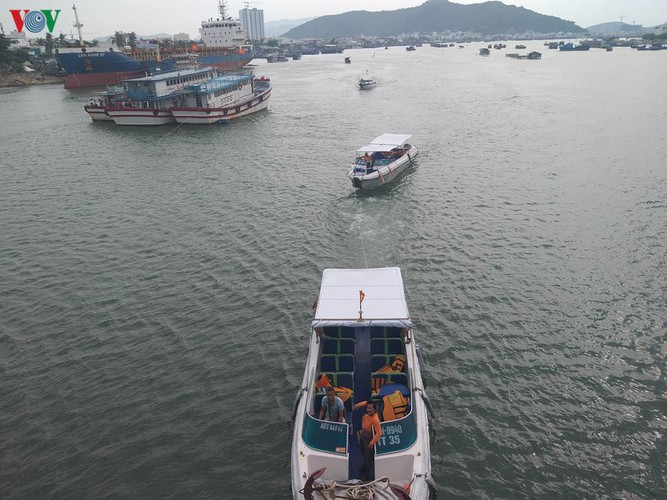 With tours around the local area on boats cancelled, all of the vessels are now seeking a safe place to go. 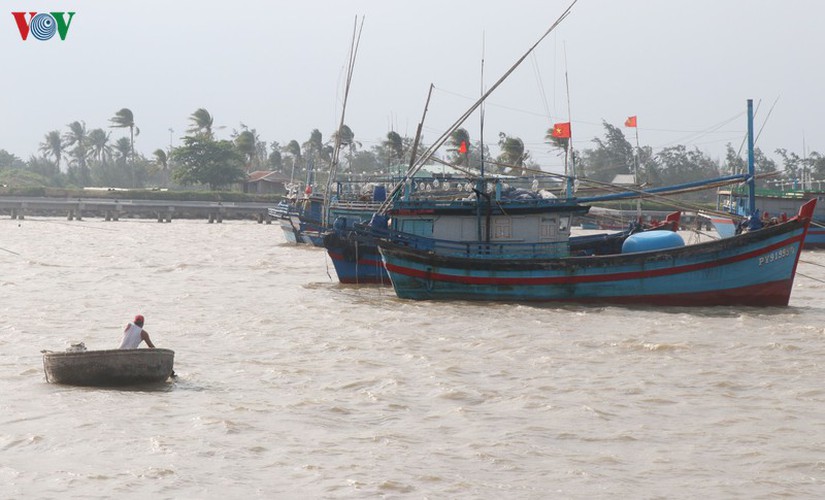 Fishermen in Phu Yen province choose to wait out the storm inside the harbour.

Local people add protection to their homes to try and prevent flooding.

Storm No. 6, internationally known as tropical cyclone Nakri, is heading towards the central-south region from Quang Ngai Province to Khanh Hoa Province, with strong winds measured at levels 11 or 12, and gusting to level 15.

Local authorities have been ordered to instruct fishing boats and other vessels in the East Sea to take shelter as Nakri, the sixth storm to strike Vietnam this year, is strengthening.