Rains and landslide caused subsidence at the Cha Lo Border Gate Economic Zone in Minh Hoa District. Not only there are cracks on the walls, but whole buildings tilted and broke. Some already collapsed. Employees moved all personnel, documents and important assets out in time.

Minh Hoa District People's Committee, Quang Binh Province reported a cracked road surface on the Road 12A in front of the station. Travellers have been banned from going near the road. Several people who had entered Vietnam via Cha Lo Border Gate were stuck.

The authorities quickly evacuated all local people out of the danger zone.

The roads in Quang Binh have been largely flooded. Since there are still heavy rains, it's likely that landslides and subsidence will continue in the mountainous areas. On October 10, the water levels in the rivers in Quang Binh were still high and receded very slowly. The water level in Kien Giang River was 0.42 metres higher than the water level during the record flood in September 1979.

96,000 houses were submerged underwater in Quang Binh. Four people died and nearly 200 villages were isolated. The local authorities have evacuated over 23,000 households in the past days.

Some photos of the station damaged by landslide on October 20: 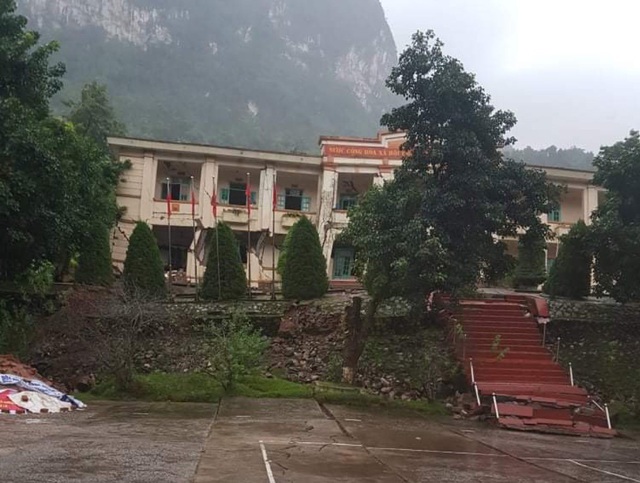 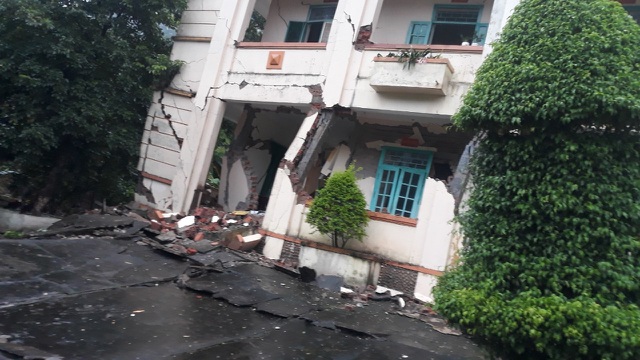 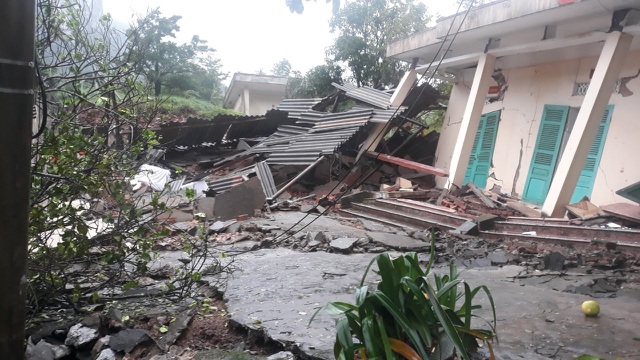 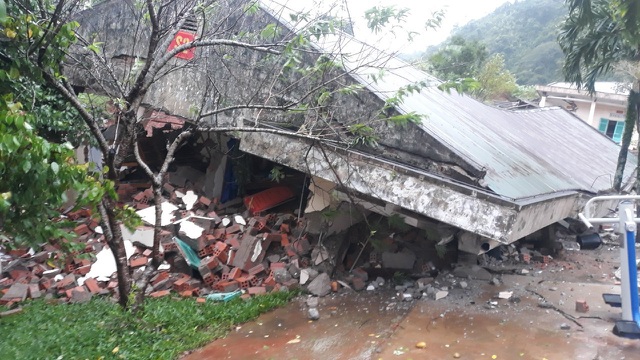 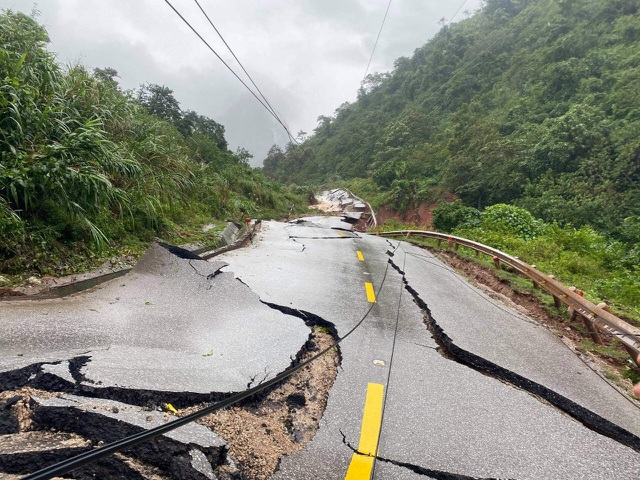 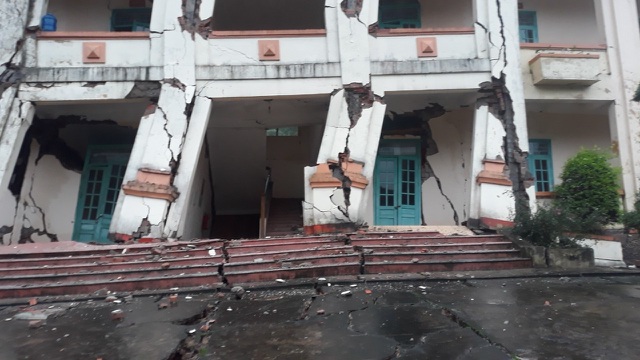 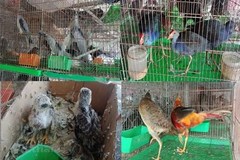