Police in Krong Nang District in the Central Highlands Province of Dak Lak have discovered hundreds of marijuana plants grown in the coffee plantations of two households.

The owners claimed they had only been growing the plants to feed their chickens, believing their leaves had medicinal qualities to help poultry avoid diseases.

Police counted 442 marijuana plants in Loan’s garden and 139 in Phong’s garden with the highest plant reaching 2.5m tall. They were also nursing hundreds of young plants.

Their farms were located in quiet areas and marijuana was grown together with coffee, allegedly to hide the illegal cultivation.

In 2013, police of H.Krong Pak District in the same province found 1,042 marijuana plants in a garden of a local woman. The grower said that she used the plant to feed pigs, fish, chickens and ducks and did not know marijuana was harmful.

Loan and Phong could face the fines from VND2 million to VND5 million (US$85-214) for growing the banned plants, though it seems they'll be spared jail as growing 500-3,000 marijuana plants can lead to six months to three years in prison.

Either way, you'd have to be high to think marijuana is the best way to feed chickens.  VNS

Police of Ho Chi Minh City seized the largest-ever volume of drugs and uncovered a big number of sophisticated and transnational drug rings in 2019. 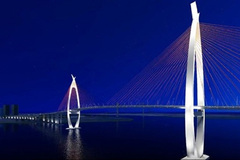