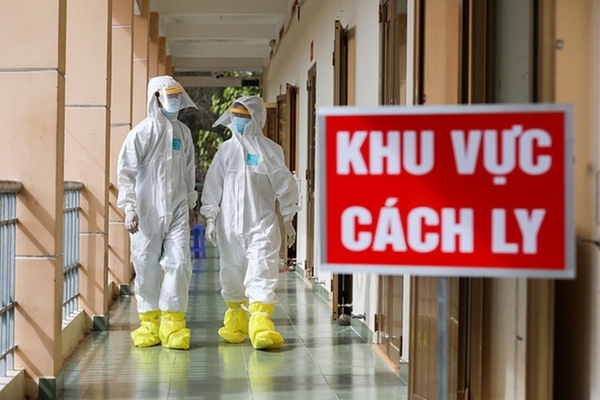 Such an isolated area has been set up for infected patients. (Photo: MoH)

All six cases had come into close contact with COVID-19 patients before they tested positive, the ministry said in its 18.00hrs update.

The epidemic has spread to 13 cities and provinces since the virus recurred a month ago. As many as 837 cases have been confirmed nationwide, including 653 cases in Hai Duong province.

The ministry said the fresh outbreak has been brought under control nationally, with no new cases reported in many localities over the past two weeks.

Hai Duong is the only locality that has reported infections during the past few days, but the number of cases has dropped significantly compared to dozens detected more than a week ago,

Also on February 27, five COVID-19 patients were discharged from hospital after making a full recovery from the disease.

The number of quarantined people who had contact with COVID-19 patients or returned from epidemic hit countries has also fallen to nearly 70,000 compared to 76,500 announced a day ago.