The preparation for the new general education program from the 2020-2021 academic year caught special attention from the public in 2019.

1/ On December 22, the Ministry of Education and Training (MOET) announced that 32 textbooks for first graders had been chosen for the new generation education program. This includes 24 textbooks of the Vietnam Education Publishing House. 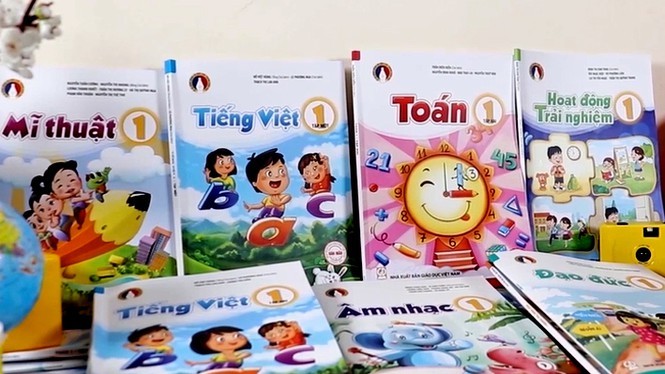 The national councils for examining textbooks for first graders set up by MOET’s minister worked in July-October to consider the draft textbooks from publishing houses. The textbook appraisal process ensures that only the textbooks which can satisfy the requirements will be selected.

2/ In November 2019, the State Professorship Council recognized 424 professors and associate professors. Of these, 75 candidates received the professor title.

3/ Hundreds of officers and Communmist Party members connected to exam cheating at the 2018 national high school finals were disciplined.

When MOET publicized the exam scores of 900,000 examinees at the 2018 national high school finals, analysts found that the numbers of excellent students in Ha Giang, Son La and Hoa Binh were abnormally high.

MOET and the Ministry of Public Securiy then set up taskforces to examine the abnormality and found exam cheating in the provinces.

4/ Two Vietnam universities found their names in the list of top 1,000 universities in the world released by Times Higher Education (THE).

THE released the World University Ranking 2020 at an event organized in Zurich on September 11, 2019.

5/ The 2018 amended University Education Law took effect in 2019. The law is described as having many new provisions close to international practice and suitable to practice in Vietnam.

Under the law, the difference between full-time and in-service degrees no longer exists. Universities won’t be able to continue enrolling students if they have not been accredited.

6/ The teacher lifelong recruitment policy was removed. This is a part of the Law amending and supplementing a number of articles of the Law on Cadres and Civil Servants ratified by the National Assembly on November 25, 2019.

8/ Dong Do University was found to be illegally training and granting bachelor’s degrees in English.

UNESCO’s fourth Global Report on Adult Learning and Education (GRALE 4) has spotlighted the progress made by Vietnam for strengthening the education of its elderly people and promote their learning, health and well-being.

Song Tu Tay Primary School in Truong Sa Archipelago off the coast of Khanh Hoa Province is an educational institution like no other in Vietnam.

Many southern provinces have strengthened COVID-19 prevention measures as the number of locally transmitted cases has increased in the region.

Given that the COVID-19 vaccination for children goes on at an expected pace, high school students in Hanoi will be allowed to return to school in December.

The HCM City Department of Health has sought permission from the Ministry of Health for a seven-day quarantine period for fully vaccinated and asymptomatic cases with negative COVID-19 test results.

The Government proposed another 12 projects covering 729km of road on the North-South Express, according to the Ministry of Transport.