M&A has been and will continue to be the major investment trend in Vietnam’s educational sector in the time to come, according to Troy Griffiths, deputy CEO of Savills Vietnam.

Under the plan to develop the network of Vietnam’s universities and junior colleges in 2006-2020 approved by the Prime Minister, 30-40 percent of Vietnamese students would study at private higher education establishments by 2020. However, to date, the number of students at private universities just account for 14 percent. 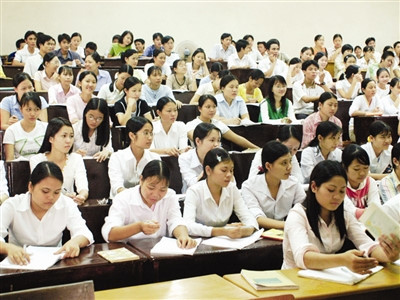 As such, 98 percent of operational schools are state owned and for every one private school is established, two state-owned schools would appear.

In other words, the room for private universities and junior colleges remains very large. Griffiths thinks the possibility of foreign investors pouring money into Vietnam’s educational market is very high.

Vietnam’s education sector has witnessed the transfer of TTC Edu ownership from Thanh Thanh Cong Group to Navis Capital, an investment fund headquartered in Kuala Lumpur which is managing the asset worth $5 billion.

In 2013, the investment fund injected money into Go Dang Seafood Company and now it holds shares in the Vietnam-France Hospital.

The value of the deal was not revealed, but as of December 2018, the total assets of TTC Edu had reached VND880 billion. This is a chain of private schools, including 17 schools and English centers, Yersin University in Lam Dong province and Sonadezi Junior College in Dong Nai.

Prior to that, a Singapore-based company, a subsidiary of a foreign investment fund, made investment in Van Lang University, becoming the second largest shareholder of the school.

According to Davird Ireland from Navis Capital, investment funds pay attention to Vietnam’s educational sector because Vietnam has the highest GDP growth rate in Southeast Asia and young population with high spending on education.

A report showed that the FDI in education reached $97 million in the period from August to October 2019 alone, while M&A activities made up 37 percent of total FDI capital of the period.

In fact, the investment in the educational sector just accounts for less than 2 percent of total FDI in Vietnam. The required minimum investment capital, the high requirements on personnel and complicated procedures could be barriers to foreign investors.

However, the barriers won’t be enough to prevent an investment wave in the educational sector, analysts say.