Believing that it is too costly and unnecessary to organize a national high-school final exam for all students, some educators have proposed holding the exam for 30 percent of the worst-performing students.

Le Truong Tung, president of FPT University, has proposed the change to reduce exam cost and improve the efficiency of exams. 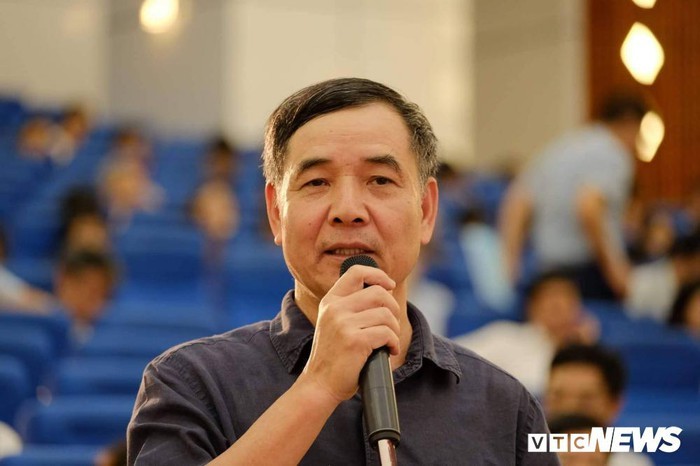 The number of students who pass always accounts for more than 90 percent of total students.

Some experts believe there is no need to organize a national exam when nearly allstudents pass.

Meanwhile, universities can organize exams themselves or apply their own measures to find students, without the need to consider the results of the national high school finals.

Tung from FPT believes that it would be better to organize exams for 30 percent of the weakest students. The results of the 30 percent of students would be enough to assess education quality in localities.

Commenting about the proposal, Hoang Ngoc Vinh, former director of the Professional Education Department, said the removal of the national exams would affect the entire educational system.

Germany once considered removing the national high school finals and found that the quality of primary education and human resources will be affected. If students don’t have to take exams, they will not feel the necessity of studying.

Vinh, while believing that exams are still necessary to assess students’ abilities, suggested changing the way they are organized. It would be better to set up independent testing centers, recognized by the state, which will create standard exam questions. Local education departments will organize exams based on questions in their localities.

Vinh said no one can say for sure if the high school finals are removed, the education quality will be better.

A lecturer at the Hanoi University of Science and Technology expressed his disagreement with Tung from FPT University, saying that all students must be equal in exams and it will be unfair if some students have to attend exams, while others don’t.

He went on to warn that if 70 percent of students don’t have to attend high school finals, wrongdoings may occur in the education system because students will "run a race" to be among the 70 percent.

Son La, Hoa Binh and Ha Giang, which were involved in a high-profile score manipulation scandal in 2018, were listed among the 10 localities with the lowest average scores for the national high school graduation exam 2019.