Kelly Michelle Koch, a US citizen, is the first foreigner in Vietnam who has registered to donate plasma, which can be used to treat severely ill Covid-19 patients.

The 50-year old woman is known in Vietnam as the 83rd Covid-19 patient. She became ill with SARS-CoV-2 in March after a trip to Phuket in Thailand and Turkey. 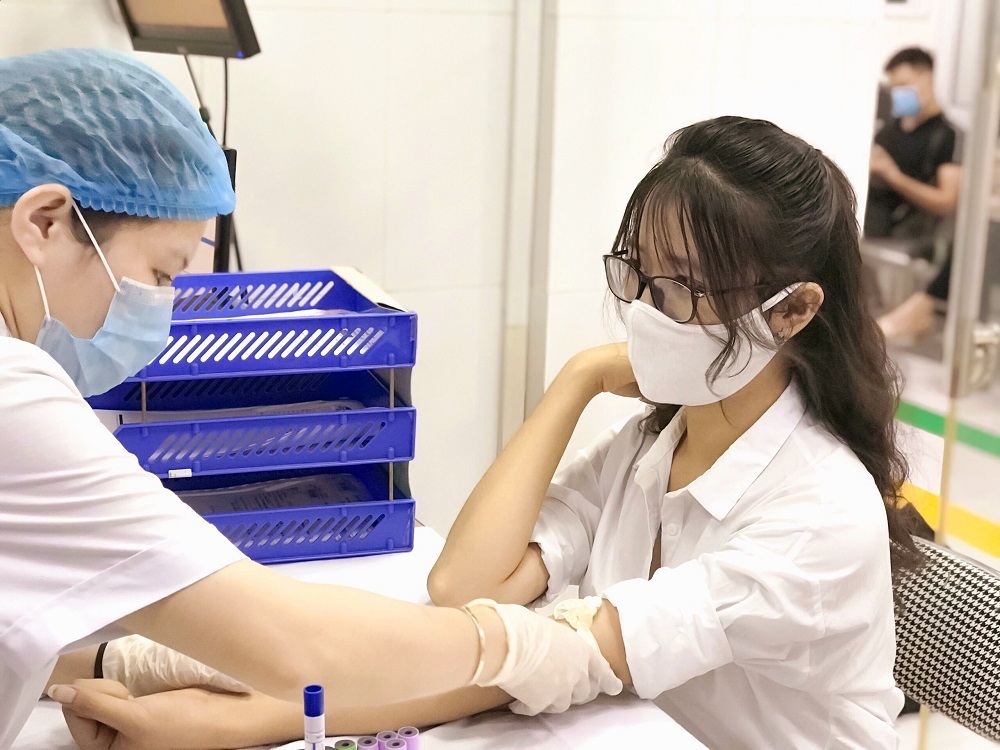 By early April, she had fully recovered. All of her test results have been negative for SARS-CoV-2. After her recovery, she returned to her home in Binh Thanh District in HCM City and continued her work at an NGO after a 14-day quarantine.

Kelly said she has been assigned a new job in Africa, but she cannot leave because of international flight restrictions. Because of Covid-19, many countries have closed their borders.

“Vietnam is my home for now, and it is very safe. I believe the government of Vietnam has been doing very well in fighting Covid-19,” she said. “We can freely work in the country without any worry."

When Kelly was ill, she received attentive and dedicated care from doctors at the Cu Chi Field Hospital.

“I am grateful to the government of Vietnam for help. When I heard about the project (for plasma donation), I realized that this was an opportunity for me to help other people,” she said.

Kelly flew from HCM City to Hanoi on August 11 to get ready for screening tests.

Dr Vu Thi Thu Huong from the Central Hospital for Tropical Diseases said that on August 12 the hospital took samples from Kelly and four other individuals who have recovered from COVID-19 and have registered to donate plasma. In one to three days, the test results will show if they meet the requirements to donate plasma.

Huong said the plasma samples will be preserved at a temperature of minus 18-25 degrees Celsius.

Seventeen individuals have registered to donate plasma so far. The hospital has found two people who can meet the requirements.

Cap Thi Yen, born in 1999, was another person present at the hospital on August 12 fir screening tests, preparing for a plasma donation.

Yen is a Vietnamese student who returned from the UK in March and was put into quarantine in Bac Lieu province soon after she arrived in Vietnam. After she tested positive for SARS-CoV-2, the 21-year old became the 155th patient in Vietnam at that time.

Yen fully recovered by April 13 and was quarantined for 14 days. She plans to return to the UK in April next year, and while staying in Vietnam, she has taken a job in Hanoi.

“I am afraid of blood and needles. But I wanted to help people,” she said.

Why does Vietnam have many Covid-19-related deaths in the second wave of Covid-19?

The 20 Covid-19-related deaths in Vietnam have many different features compared to patient No. 91, the British pilot.

First phase of human trials on a made-in-Vietnam COVID-19 vaccine could begin as early as this October.