On September 4, the HCM City Management Authority for Urban Railway (MAUR) announced that 75% of Metro Line 1 has been completed. They expected to complete 85% of the total project by the end of 2020. However, Covid-19 badly affected their progress as foreign experts were unable to get into Vietnam and it was difficult to import machinery. 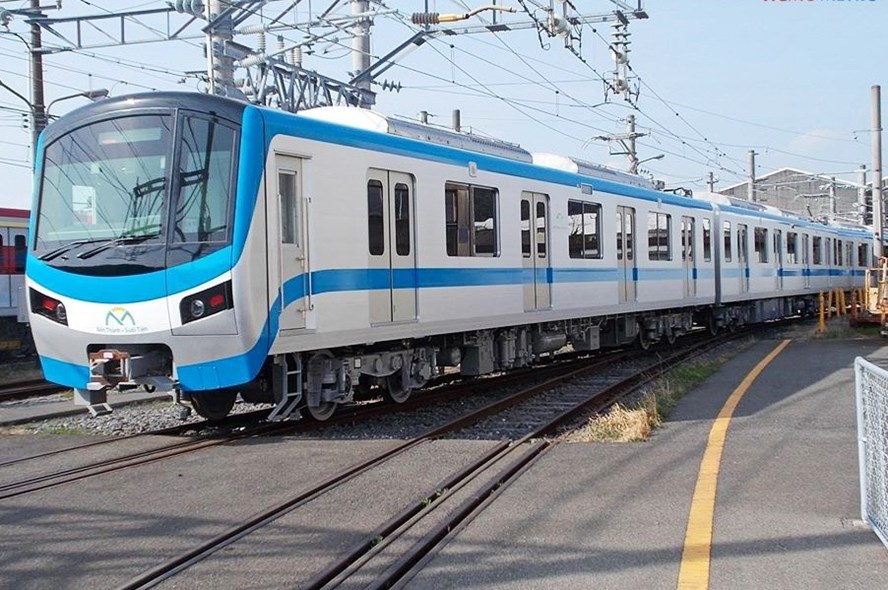 The authorities have gradually dealt with each challenge. Two experts from South Korea arrived in Vietnam and completed the 14-day quarantine period to be able to go to work on August 24.

Six Japanese experts will arrive in Vietnam on September 18 and start the quarantine period. They are responsible for the import and transportation of the first train. The train will leave Japan in September and arrive in HCM City in mid-October.

The train has three carriages. It is 61.5 metres long and can run at the speed of 110km/h on elevated railways and 80km/h underground. It has the capacity to carry 930 passengers.

According to MAUR, they have completed 85.5% of the work on elevated railways and Long Binh Depot. By the end of 2020, 90% of the work will be completed.

Main facilities have been completed to inspect and store the train. After importing the train, MAUR will pilot run it on the elevated section spanning from Binh Thai intersection to Long Binh Depot.