More foreign experts have come to HCM City to hasten a local metro project which is expected to have its first train arrive in October.

According to Ho Chi Minh City's Management Board of Urban Railway, after completing the Covid-19 prevention quarantine in Vietnam, two South Korean experts have participated in the roof installation at Tan Cang Station. 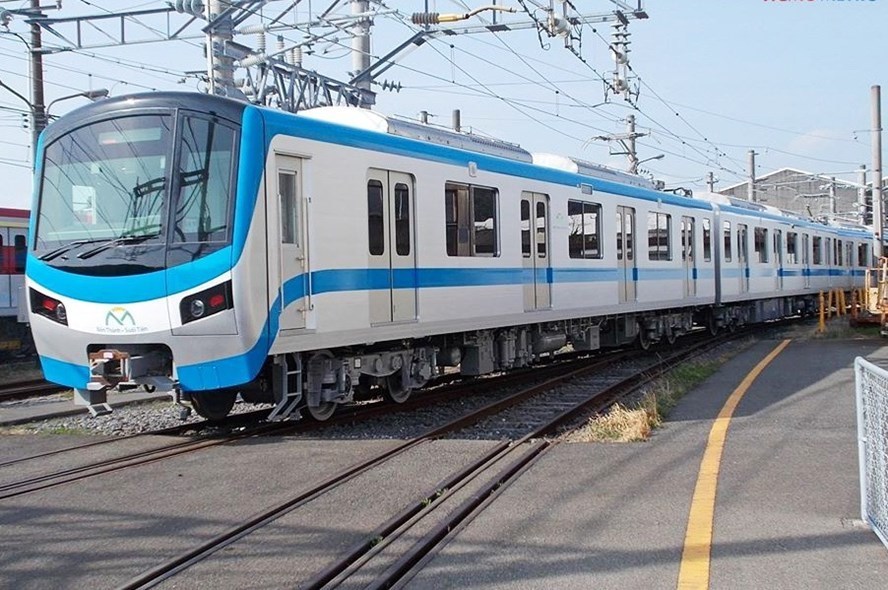 Tan Cang is the biggest station among 11 elevated stops on the line. The work on the station is scheduled to be finished in October.

The board added that six Japanese arrived in Vietnam on Thursday to take part in the project. They are responsible for preparations to receive the project’s first train in October.

In the coming time, 44 other foreign experts will also arrive in Vietnam for project implementation.

Between October 10 and 12, a ceremony to celebrate the arrival of the trains is scheduled to take place at Long Binh Depot in the city’s District 9.

Each of the trains has three carriages, with a total length of 61.5 metres, and will be extended to have six cars in the future. Each train can travel at a maximum speed of 110 kilometres per hour on elevated sections and 80 kilometres per hour underground, carrying 930 passengers

The first train was planned to be imported into Vietnam in June; however, this was suspended to the Covid-19 pandemic.

The Ben Thanh-Suoi Tien is HCM City’s first metro project. It has total investment of VND43.7 trillion (USD1.9 billion). Construction is scheduled to be completed in the fourth quarter of 2021.

The project which connects Ben Thanh Market in District 1 and Suoi Tien Theme Park in District 9 will have 17 trains and will be some 19.7 kilometres long. It has three underground stations and 11 elevated stops.