Vu Huy Hoang, former minister of industry and trade, and two other ex-officials of this ministry are being investigated for “violating regulations on the management and use of State assets, causing losses and wastefulness”.

Apart from Hoang (born in 1953), the two others are former deputy minister of industry and trade Ho Thi Kim Thoa (born in 1960) and former director of the ministry’s Light Industry Department Phan Chi Dung (born in 1957).

He personally showed a lack of good example and had self-interested behaviour when receiving and appointing his son, Vu Quang Hai, as an inspector of the Vietnam National Tobacco Corporation (Vinataba), and nominating Hai for a position in the Board of Directors of the Saigon Beer-Alcohol-Beverage Company (Sabeco) so that Hai was latter elected to this board and take the position of Deputy General Director.

Meanwhile, he incorrectly directed and implemented the Party unit’s working regulations and legal regulations when verifying and proposing the Hero of Labour title be bestowed upon the PetroVietnam Construction JSC and the third-class Labour Order be granted to Dang Vu Ngoan, Rector of the Ho Chi Minh City University of Food Industry.

Hoang was also found to have slackened leadership and examination, leading to some of this ministry's units breaking regulations on personnel recruitment, reception, evaluation, and appointment.

His violations and flaws caused serious consequences, affecting the prestige of the MoIT’s Party unit, the ministry, as well as himself, according to the Party Central Committee’s Secretariat.

Former trade minister to be prosecuted for State asset misuse

The Ministry of Public Security has decided to prosecute former Minister of Industry and Trade Vu Huy Hoang on charges of violating regulations over the management and use of State assets, 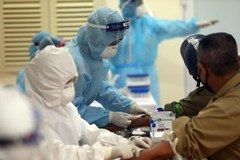 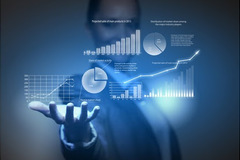 Comprehensive training cooperation between universities and businesses can help create a high-quality workforce for data science and high technology development in the 4.0 industry era.