HCM City will vow to deal with the inundation in city centre areas by next year, said Deputy Director of the municipal Department of Construction Huynh Thanh Khiet.

At a press conference on the city’s socio-economic development on Thursday evening, Khiet admitted the severe flooding in the southern city was bad, saying that it is because the implementation of anti-flooding projects of the city has not yet been finished. 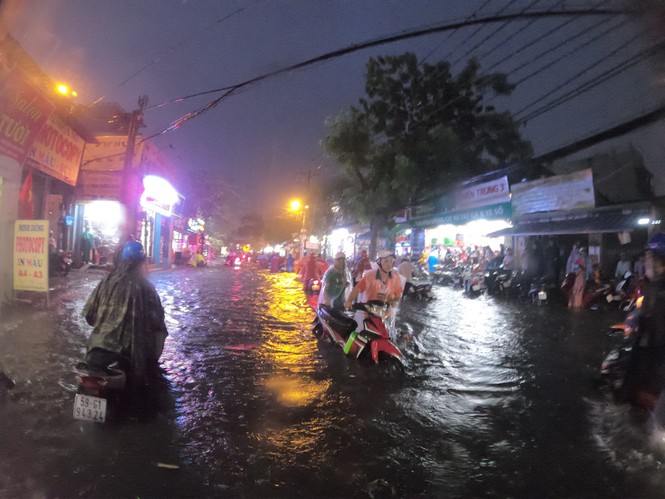 The severe flooding in HCM City

According to Khiet, from now to the year-end, the city will seek contractors for drainage system maintenance and the investment for this will be from private sources.

He added that HCM City will try to tackle the inundation in the city centre by next year and then will focus on addressing the problem in other areas later.

It is common to see many HCM City streets to be seriously submerged during the rainy season. For instance, since May, Nguyen Van Qua Street in District 12 has witnessed five long floods despite VND160 billion (USD6.95 million) was pumped to upgrade the road.

Many local households have had their furniture, particularly electrical equipment such as fridges and fans, damaged by being flooded.

Many key works in HCM City, including an VND10 trillion (USD434.78 million) anti-flooding project, are expected to be finished this year. The project with roughly 79% of the total work completed is aimed to control flooding for around 6.5 million people who live near Saigon River and some of the city inner districts. Tienphong/Dtinews