HCMC has proposed removing the ranking of students in class and school, explaining that the removal will lift pressure on students and teachers and eliminate the so-called ‘achievement disease’.

The proposal has stirred a strong debate among educators and parents. Those who advocate the removal say GPAs and rankings in school do not have a positive significance, and that school scores do not determine success of students in their future lives. 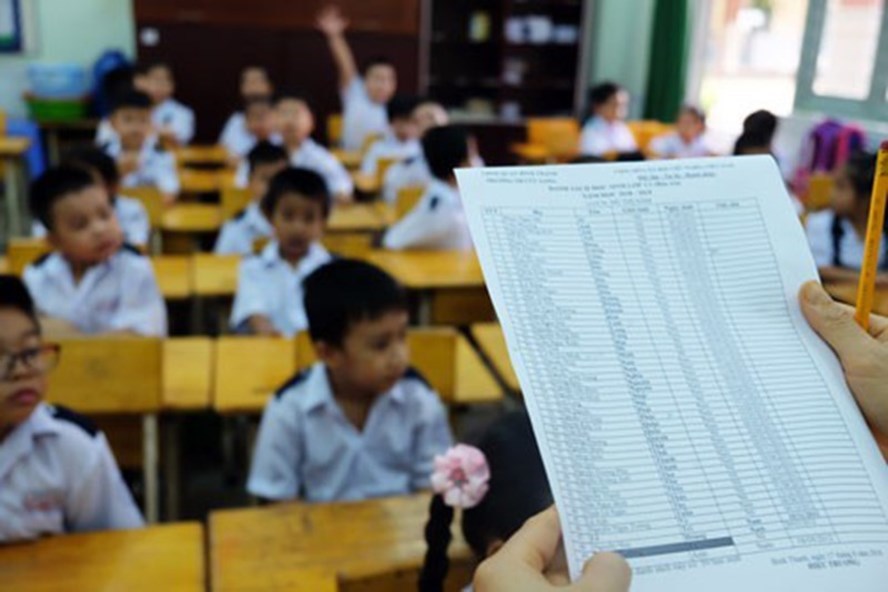 Meanwhile, those who are against the idea say students need to know their real learning capability to make reasonable decisions for their lives.

“Parents all want their children to be good learners and ranked among the best students in class, but they don’t spend time to listen to children to know what the children want,” she commented.

Sharing the same view, Thanh Mai, a VietNamNet reader, said there was no need to rank students every semester and every year. “The ranking makes students hungry for success and triggers contention among students, while it doesn’t bring any benefits,” she commented.

“Instead, encourage students to become creative by applying the knowledge they receive from lessons to reality,” she said.

Lam, who called himself a ‘modern father’, said he never asks his children about their scores because he is sure the children always try their best and that is enough.

“An effective education is one in which students can both study and play, and can express their ideas. If students can lift the burden from their shoulders, they can become more creative,” Lam said, adding that western education systems follow this way.

Meanwhile, older parents are more conservative than young ones. For them, student ranking is an indispensable part of education.

“Schools should always be associated with scores and ratings,” said Bui Thanh Tai, a former teacher.

Tai said one must not blame the ‘achievement disease’ on the ranking scheme.

“The ranking scheme is not faulty. Blame parents, who are too hungry for success and force their children to obtain higher positions in rankings,” he said.