Ho Chi Minh City Police Department, on November 5, held a ceremony to launch the second chapter of the issuance of chip-based ID cards for people in the area. 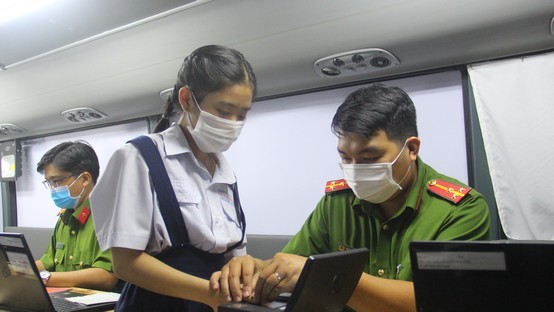 The Police Department for Administrative Management of Social Order (PC06), HCMC Police Department, Thu Duc City Police, and districts will organize the issuance of chip-based ID cards and form mobile teams to work in turns seven days a week, from 6 a.m. to midnight every day.

HCMC Police said that the chip-based ID cards have many advantages over the ID cards with barcodes, such as high security and large storage capacity, allowing the integration of many accompanying applications, including digital signature, biometrics, vaccination data, driver's license, and social policy entitlement data. Chip-based ID cards can be widely used and connected in public and private services.