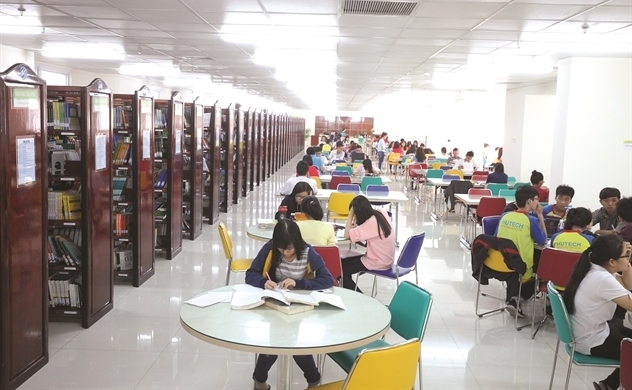 In Asia, the two schools rank 275th and 322nd, respectively.

Another Vietnam school, the private Ton Duc Thang University, was also assessed, but there was no ranking.

US News & World Report assessed and ranked the schools based on 13 criteria from the scientific database from Clarivate Analytics InCites, with the focus on the schools’ prestige and research quality. Only the universities with 1,500 published scientific articles in 2013-2017 were considered.

This was the first time Vietnam had its schools listed in the prestigious ranking.

According to Prof Tran Hong Quan, chair of the Vietnam Association of Universities and Junior Colleges, though there are still many existing problems, Vietnam has improved its higher education significantly to reach the same level with the world.

However, of 5,000 training programs, only 139 ones have been recognized as undergoing the accreditation by foreign institutions and 19 meeting domestic stanrds.

Dr Le Hoai Quoc, president of the HCM City Automation Association, said if compared with the world, the training programs in Vietnam are relatively outdated. As a result, most university graduates cannot satisfy the requirements set by employers. That is why Vietnamese students tend to study abroad to obtain more useful knowledge.

According to TTC Edu, Vietnamese parents spend up to 47 percent of their income to fund children’s education. Every year, Vietnamese spend $3 billion to send their children abroad. There are about 160,000 Vietnamese studying overseas.

If Vietnam’s higher education can improve the training quality, Vietnamese students would choose to study in Vietnam rather go abroad. In other words, universities in Vietnam would be able to receive the huge amount of $3 billion.

Vietnam has set up a goal of having 450 students for every 10,000 people by 2020. The figure includes 40 percent of students at non-state owned schools.

As of 2019, Vietnam has five foreign invested schools, 68 private universities and 170 state-owned schools. There are more than 500 joint training programs between Vietnam’s and foreign univesrities in top 500.

Education experts have warned that new policies would lead to the mass production of bachelor’s and master’s degree holders.