The PM has allowed 23 state-owned universities to apply the autonomy mechanism, which means that the schools have the right to set tuition themselves.

At present, students of the majority of state-owned schools pay low fees for training expenses, because the state funds the schools’ operation. 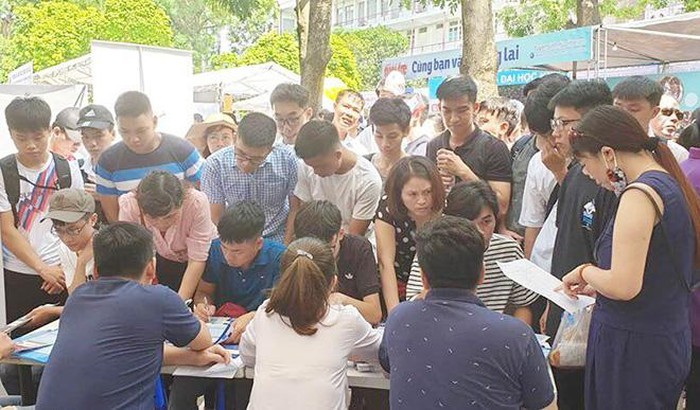 However, under the autonomy mechanism, schools do not depend on the state’s financial support, and have the right to set tuition higher than the tuition levels of the state. They must be high enough for the schools to cover training expenses.

However, the tuition set by the schools enjoying autonomy must not be higher than the ceiling set by the State.

As for natural sciences, technology, sports, arts, hospitality and tourism, the tuition levels would be VND2.4 million in 2020-2021.

As such, the tuition set by schools would double or triple in one or two years.

The government when setting the roadmap for tuition increase, pays attention to developing credit system to ensure that poor students can also access higher education. Universities promise that they will offer scholarships to promote talents.

However, higher tuition will certainly affect students’ capability of accessing higher education. A survey by Dang Thi Le Xuan from the Hanoi Economics University conducted in 11 cities and provinces found that 28 percent of students may have to give up studying when tuition increases. 50 percent of households said their children have to take extra jobs to earn money for their study.

The survey also found that 51 percent of students have to work to pay their tuition, while studies of 33-41 percent of these students are affected.

Xuan came to the conclusion that tuition is the important source of revenue to upgrade the efficiency of higher education. However, the high tuition, which is beyond the capability of many families, will block the way for students to access higher education.

Under the current regulations, students can borrow VND1.5 million a month instead of VND1.2 million with the preferential interest rate of 0.65 percent a month.

However, analysts said the credit program remains small because of limited capital. Only poor students can access the loans, while the monthly loan limit is not high enough to cover basic needs in large cities.

Tuition of state-owned schools to rise under autonomy policy

Studying at state-owned schools is the first choice for university or college bound students because they only have to pay a part of training fees.

Universities told to earn their bread on technology transfer, not tuition