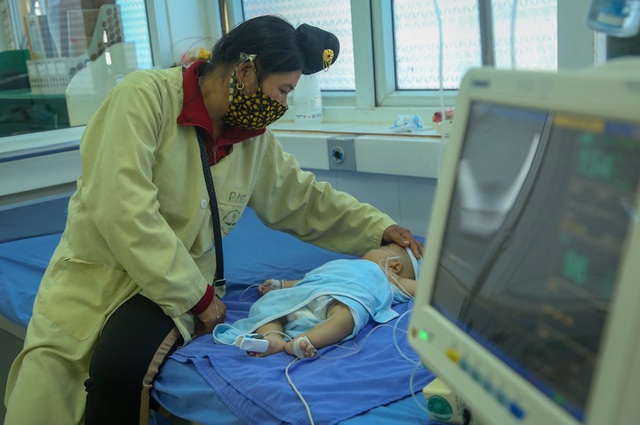 A child admitted to Son La General Hospital after being given a five-in-one vaccine.

Duong Thi Hong, head of the National Expanded Programme on Immunisation Office said they have received reports about the cases and asked provincial authorities to set up special committees to evaluate the cause of deaths.

An infant in Vinh Phuc died after being given a hepatitis B vaccine shot at Phuc Yen General Hospital on October 10, 12 other children were also given the vaccine but didn't have any problem. Initial investigation shows that the preservation and use of vaccine steps all followed protocols.

Son La Department of Health said they had sealed all of the vaccines and sent samples to the National Institute of Hygiene And Epidemiology. Their health committee will hold a meeting to evaluate the cause of death on October 15.

After three months of carrying out the programme, 3,982 cases reported normal reactions such as swelling and painful redness at the injection spot while 18 cases in Hanoi, Son La, Nam Dinh, Danang and Ba Ria-Vung Tau showed severe complications. 13 out of 18 cases were given five-in-one vaccines. Three cases with anaphylactic shock are caused by unknown reasons.

The quality of vaccines and vaccination all met the requirements and followed the protocols. Dtinews