Is the Road to Olympia TV show contributing to Vietnam’s brain drain?

Most of the winners of the Road to Olympia TV show leave for Australia and do not return to Vietnam.

Every year, when the Road to Olympia season ends, news about the brain drain becomes a hot topic of discussion. 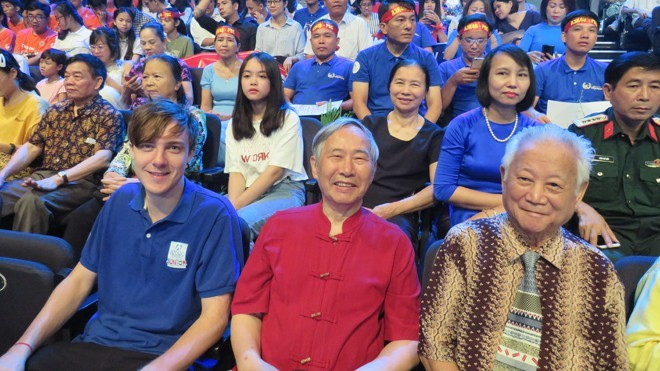 Journalist Nguyen Nhu Mai, who has been working as the advisor to ‘Road to Olympia’ for 20 years, said most of the winners leave Vietnam for Australia to study and then live after the competition.

Mai said people exaggerate when calling the competitors and winners of ‘Road to Olympia’ national talents who need to be conserved, though the students are among the best from high schools of Vietnam.

Mai thinks it would be better not to call the departure of the winners of Road to Olympia from Vietnam as a ‘brain drain’.

However, he warned that if the country doesn’t truly value talented people and if people continue leaving Vietnam for other countries, this will lead to a real brain drain.

According to Mai, the competition aims to find talented students, but it is not the only competition in the country. VIetnam has many prestigious schools which produce many excellent students. Vietnamese students attend many competitions, national and international, every year and they are in no way inferior to the competitors in Road to Olympia, he said.

“It is an exaggeration to call the winners of Road to Olympia national talents, which may be misleading,” Mai commented.

The advisor said he understands why most excellent students want to study in Australia and stay there after graduation. They can receive an advanced education, can get good jobs after graduation, and have good job promotion opportunities.

“I asked many parents if they want their children to stay in foreign countries after finishing school and nearly all of them said yes,” Mai said.

The first champion of the Road to Olympia Tran Ngoc Minh graduated from Swinburne University of Technology in Australia. In July 2013, local newspapers reported that she was working for a mobile network operator in the country.

The second champion, Phan Manh Tan, obtained a doctorate, and is reportedly working for IBM in Melbourne.

The winner of the fourth competition, Vo Van Dung, is working for an audited firm in Melbourne.

Most of the winners of ‘Road to Olympia’ leave Vietnam for Australia where they study and stay after graduating.