Monk Ha Van Phung, the abbot of Khmer Xa Xiem Cu Pagoda in the Mekong Delta province of Kien Giang, always wanted to do something to help people in his hometown.

Witnessing children and adults in Binh An Commune travelling bumpy roads covered in wild grass and passing over slippery footbridges to schools, Phung decided to make the roads easier to traverse.

“Traffic was not convenient at all while the primary school was more than 4km and the secondary school was 5km away from the centre of the commune. It took them a lot of time to travel around,” he said.

Phung started building the first bridge connecting the two sides of a canal in Xa Xiem Hamlet in 2005.

He learnt to design the bridge and called upon Buddhist followers to help with building it, meaning construction costs were kept to a minimum.

It was the first concrete bridge in the hamlet.

To date, four concrete bridges and thousands of metres of roads worth more than VND1 billion (US$42,840) have been built to help local people travel conveniently and safely.

Phung was born and raised in Xa Xiem Hamlet. Like most of his peers, he had to work in the fields to earn a living.

At the age of 18, he became a monk and decided to spend his life performing good deeds.

In 2004, Phung was appointed abbot of Xa Xiem Cu Pagoda. Phung thought it was time to raise his idea about the cement bridges and roads in the hamlet, a move warmly welcomed by both local authorities and citizens.

The commune’s People’s Committee donated VND300 million ($12,850) to build the bridges. By doing the work themselves, Phung and the Buddhist followers managed to return VND100 million ($4,280) to the committee.

The money, he said, was returned to help other disadvantaged hamlets in the commune.

Apart from building roads, Phung and local Buddhist followers give poor students rice and school equipment. During summer holidays, he opens Khmer language class to teach 200 local residents in the hamlet to preserve their culture.

Phung also donated 3,000sq.m of land from the pagoda to build a primary school for children.

Danh So Ri Gia, head of the Fatherland Front Committee of Xa Xiem Hamlet said Phung created solidarity among local people and authorities by building infrastructure in the commune.

Nguyen Hung Tuan, vice chairman of the commune’s People's Committee, said Phung was very enthusiastic in rural transport work and teaching the Khmer language to children in the summer.

Now, only 52 out of 418 households in the area are considered as living in poverty.

Phung has been awarded many certificates of merit for his contribution to society.  VNS

“Mum” to hundreds of children with autism

With the warm heart of a mother, Do Thi Nhi, owner of private special school Binh Minh in Tu Son Town, the northern province of Bac Ninh, has raised hundreds of children with autism, helping them gain confidence and lead a normal life.

An elderly couple in HCM City have decided to donate their assets worth a total VND100 billion (USD4.34 million) to orphaned children. 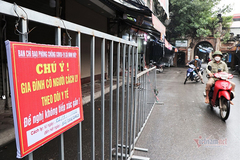 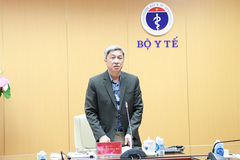 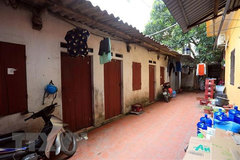 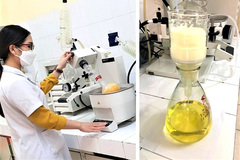