The Hanoi Department of Transport has proposed repairing Chuong Duong Bridge which has seen deterioration.

According to the department, the bridge, which has been put into use for 35 years, has faced deterioration in many parts, including cracks on the surface. 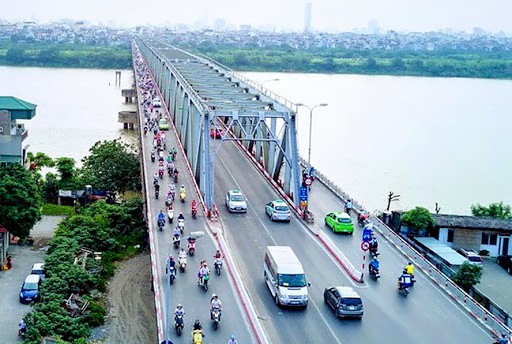 The steel truss of the upper structure is wearing out, while the bridge’s railings are only 1.1 metres high from the bridge surface, which means together with the small concrete edge, they are not safe for traffic.

The department said that at present, the problems are not very serious but if not being tackled early, they would get worsen in the coming time and affect the bridge’s load-bearing capacity

Once approved by Hanoi authorities, the project would be carried out in the 2020-2021 period.