The authorities in Quang Nam Province has discovered a mass grave with 17 sets of remains from 50 years ago. 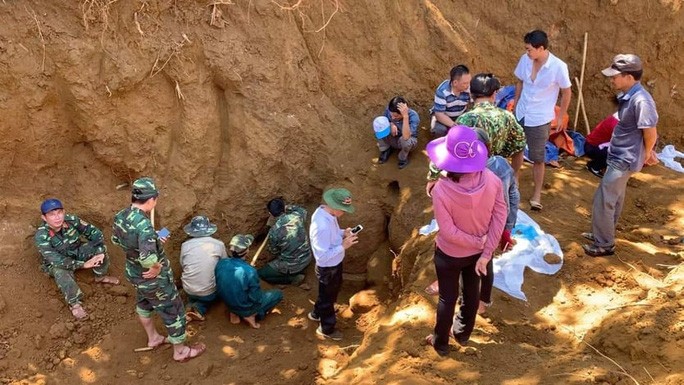 On June 4, Colonel Phan Anh Hai from the Phuoc Son District Military Command confirmed that they had collected all 17 sets of remains of soldiers in the special forces of Battalion 404. The soldiers died during a strike into the US base at Kham Duc Airport, Phuoc Son District on August 5, 1970.

According to Hai, the remains were buried three to five metres deep. They also found many belongings of the soldiers at the grave.

"The soldiers' families want to hold a collective memorial service at Phuoc Son District Cemetery since it's very difficult to classify and identify the found remains," Hai said.