Le Ba Khanh Trinh, who was dubbed the 'golden boy' of Vietnamese mathematics, hasn't become a famous professor, or undertaken any important leadership role, but he still keeps his the flame of passion for mathematics alive and in his own way. 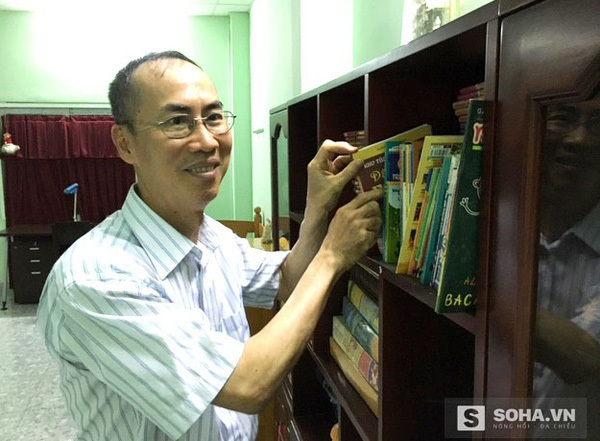 Forty years ago, at IMO 1979, Trinh was a 17-year old Vietnamese competitor. In 2019, he attended the IMO as deputy head of the Vietnamese delegation attending the international competition.

Over the last 40 years, Trinh has been a mathematics teacher and doing works related to mathematics.

To date, the special prize for original answer has been granted only once, to Le Ba Khanh Trinh, and no other Vietnamese student has received such a similar prize.

Trinh said he finds it difficult to explain this. It could be luck that made him find the answer. He has been teaching many excellent students and was surprised about the original answers by many students. However, since the answers don’t appear in big international competitions, they remain unknown to people.

It is a surprise to many people that Trinh did not choose to become a researcher or a manager, but he decided to work as a mathematics teacher and has been doing this for many years.

“Perhaps this is my true self. I only do the things I have passion for and the things I find suitable for me,” he explained.

For him, teaching is an interesting job. There are issues that he thought about for 10 years, for example, but he solved them at certain levels. But after discussing with students, the issues became clearer and he could make progress in research.

“It is the interaction between teachers and students which can help me keep a "flame of passion’ for myself and this allows me to enjoy a feeling of satisfaction. Without those things, my flame would have faded a long time ago,” he said.

Asked about the ability of Vietnamese students in comparison with the students in the region and the world, Trinh said that Vietnam, which was once inferior to Singapore and Thailand, has regained its high position. In general, Vietnam is on par with Singapore and ranks above others.

However, Trinh stressed that other Southeast Asian countries such as Thailand, Indonesia and Malaysia are making heavy investments to improve the quality of their best students.

“If Vietnam cannot improve, they will catch up and surpass us,” he said.

Professor Hoang Tuy, a mathematician known for his pioneering works in global optimisation, passed away on July 14 at the age of 92, the Vietnam Institute of Mathematics has announced.

President of the 2019 International Mathematical Olympiad (IMO) Board Geoff Smith spoke highly of Vietnam’s math teaching and learning standards at the award ceremony at the University of Bath in the UK on July 21.