Of 89 recognized professors who live and work in Vietnam, only 35 professors are below 70 years old and are still working.

The scientific research achievements of mathematics professors after recognition is an issue of great concern. In Vietnam, there is a fear that after being recognized, professors may not continue their research. 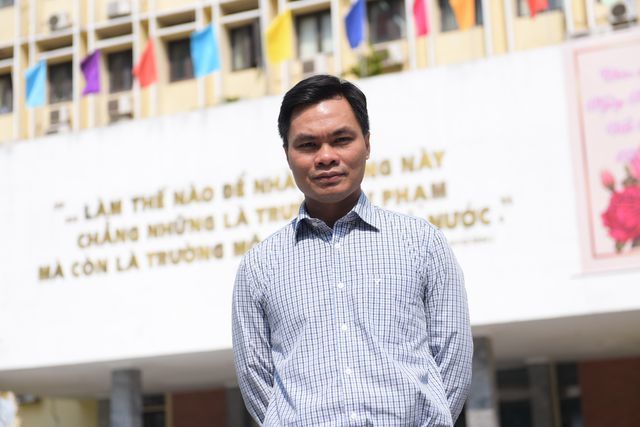 Si Duc Quang became the youngest professor when he got the title in 2019, at the age of 38.

However, a study by Tia Sang, a prestigious science journal, found that all the 35 professors are still involved in scientific research.

This means that after the recognition, each professor published nearly one article a year at least. The average number for all the 35 professors is 2.2 articles per year per professor.

This is a relatively high figure, which demonstrates the professors’ passion for research and creative capability after the granting of professorship title. In many cases, their research achievements are even better than before.

Si Duc Quang became the youngest professor when he got the title in 2019, at the age of 38.

By the day of recognition, Quang had 50 international publications, supervised two people who successfully defended their doctoral dissertations, and instructed three other PhD students.

Quang is now a lecturer at the Mathematics and Information Technology Faculty of the Hanoi University of Education.

With such a modest number of professors, it will be a difficult task to develop mathematics in the future. The development of researchers, especially mathematics professors, is always a burning issue.

Luckily, a number of them are still relatively young and have good scientific research achievements. The young associate professors are hoped to continue to promote their abilities to become professors to assume the responsibility of developing Vietnam’s mathematics.

When assessing the achievements of professors in scientific research, it is not only necessary to count the number of articles they publish, but also the quality of research.

Meanwhile, when assessing the contributions of professors to the country’s science development, it is necessary to consider their research, but also their ability to build research teams and research orientations.

This explains why Prof Ta Quang Buu and Le Van Thiem are highly appreciated not only for their scientific research achievements, but also for their laying the foundation for Vietnam’s modern mathematics.