The Ministry of Transport has ordered more flights to be opened while easing road transport restrictions from April 29.

From April 29-30, the Hanoi-Ho Chi Minh City air route will see 28 round trips per day, the ministry said in a document guiding the implementation of Directive No.19/CT-TTg on fighting COVID-19 following a cabinet meeting on April 28.

Routes to other localities, including those linking Hanoi and HCM City with Da Nang, will have eight round trips each per day.

From May 1, a total of 36 round trips per day will be operated on the Hanoi-HCM City route over the space of two weeks, said the ministry.

Operations of passenger road transport will be decided by local authorities.

Regarding railway transport, the Hanoi-HCM City train link is allowed to run five trips a day from April 29 to May 3.

Connections from Hanoi to Thanh Hoa, Dong Hoi and Da Nang will operate once a day, while the HCM City-Nha Trang train will run three trips per day./.VNA 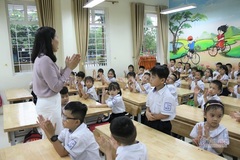 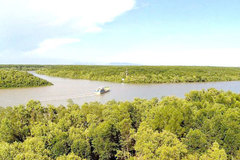