The Ministry of Transport (MoT) is set to propose to the Government a draft plan on fee increases at BOT (Build – Operate – Transfer) toll booths in response to declining revenue.

According to the previous roadmap, fees will be raised every three years by between 12 and 18 per cent.

At the same time, according to regulations stated in BOT contracts, by the end of 2019, 37 projects will see tolls increase. Ten projects will see increases in 2020, and two in 2021. Fees at these 49 projects are planned to rise again from 2022.

The ministry has received requests from some investors, asking for increases to fees, however the Government has not allowed the change.

The lack of timely solutions may lead to companies failing to sustain their initial financial plans, turning their loans into bad debts and negatively impacting the Government’s call for investment in infrastructure development project under public private partnerships (PPP), especially the ongoing North – South Expressway project.

To prevent this, the MoT has proposed two solutions.

In the first solution, the ministry will negotiate with investors and sponsoring banks to increase toll fees collected at BOT booths between 2019 and 2021. In 2019, only projects that face falling revenue will be considered.

The solution aims to secure projects’ financial plans and does not include the State budget allocated to cover the shortfall. Moreover, the increase is said to not significantly affect the transportation costs of companies.

The second solution is to maintain current fee ranges. The fee increase will only applied to 49 mentioned projects from 2022. Some nine projects will experience failure of their financial plans and the Government will have to allocate VND3 trillion (US$129 million) to support them to ensure their feasibility.

Deputy Minister of Transport Nguyen Nhat told Thanh niên (Young people) newspaper that the Government would decide whether to adjust the fees.

Meanwhile, according to Nguyen Van Quyen, head of Viet Nam Automobile Transport Association, there have been several wrongdoings in the management, investment and construction of BOT projects such as putting toll booths in the wrong location or setting fees too high.

“The fee adjustment every three years can only apply for settled BOT projects. To those which face disputes, problems must be solved before fees are raised,” he said.

Sharing the opinion, economist Vu Dinh Anh recommended reconsidering the roadmap of fee increases based on the revenues collected.

For projects on the edge of financial failure, it is essential to develop new financial plans instead of adjusting inaccurate ones.

According to the MoT, in 2018, 31 of 52 BOT projects saw traffic flows higher than those predicted in BOT contracts and about ten projects experienced low numbers of vehicles travelling through toll booths. 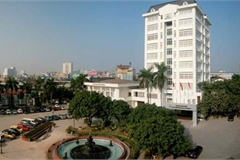 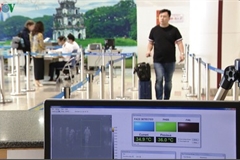