An embankment is being constructed to prevent erosion at the Hoan Kiem Lake in Hanoi.

An embankment is being constructed to prevent erosion at the Hoan Kiem Lake in Hanoi.

Each concrete block is 1.6 metres wide and 2.5 metres long. It is made from new material which was piloted at Truc Bach Lake in late 2019.

Pham Tuan Long, vice chairman of Hoan Kiem District People's Committee, said the construction will be carried out quickly and wouldn't affect the surface area of the lake. The project will be completed in August. Hoan Kiem District authorities are also renovating the pavements around the lake as some areas have deteriorated. Granite will be used for the pavements.

The 40-metre-long section at Thuy Ta Restaurant has been reinforced with the new embankment. Construction was started from 10 pm to 5 am on April 21. This is also one of the most serious erosion spots around the lake. After three weeks, they will reassess the effectiveness of the embankment and build it around the whole lake.

The new material is lighter and can resist corrosive agents. Trinh Hoang Tung, the representative of the Hoan Kiem District construction investment project management board, said the embankment could last from 50 to 70 years. Moreover, the rough surface of the embankment will support moss ecosystem and enrich food sources for the lake’s inhabitants.

The previous embankment was brick and had been eroding for years.

Some photos of the construction on the evening of April 21: 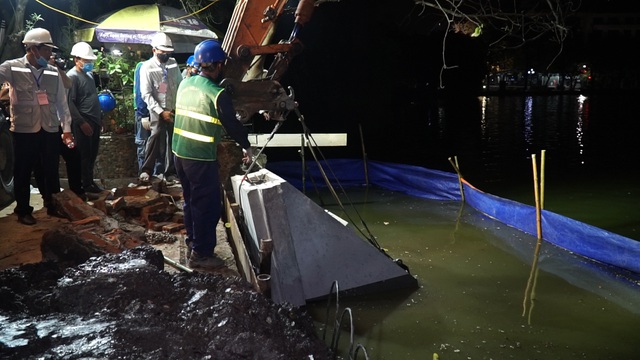 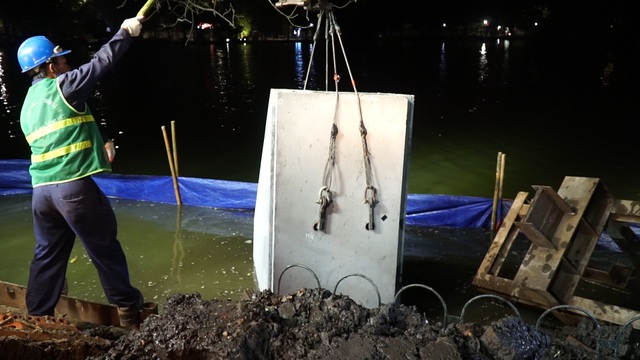 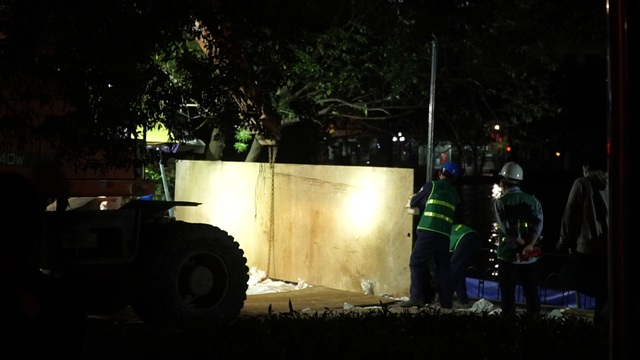 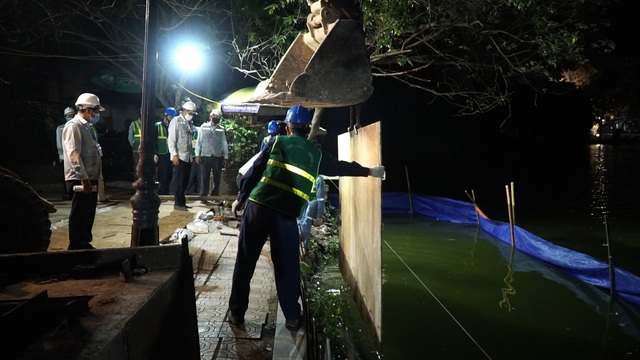 Many Hanoians have applauded a proposal by the People’s Committee of Hoan Kiem District to build an embankment around Hanoi's iconic site of Hoan Kiem (Returned Sword) Lake.

Pedestrian space around Hoan Kiem Lake to be officially operational

The pedestrian space around Hoan Kiem Lake and surrounding areas in downtown Hanoi will be put into operation from January 1, 2020, after three years of trial operation.