Vietnamese universities are enrolling students based on their high-school records, which has raised concerns that university admission is too easy. But school's deny this.

Thousands of students have been certain of their seats at universities as the schools have admitted them after considering their records at high schools. 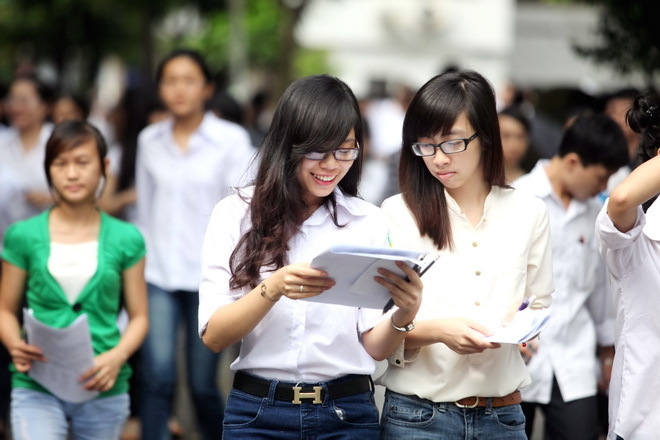 More than 2,000 students have been admitted by HCMC Economics University. For the Finance Academy, the figure is 3,700. The school is looking for more students.

These students not only need to have high GPAs during their study at high schools, but they also have to satisfy requirements. For example, they need to be excellent students for three consecutive years at high school and have the average score of 8 and more in English.

Duy said that after a period of training, the school realized that most of the students with good high-school achievements are genuinely good students.

He denied that the school cannot find enough 5,000 students as expected which had forced it to try to enroll students through other channels. The HCMC Economics University is a prestigious school and the number of candidates is always very high.

Previously, only less prestigious schools enrolled students considering their high-school achievements. But now, the method is being applied by more schools.

A recent report showed that about 100 schools will seek students based on students’ high-school achievements. The number of students to be admitted this way will account for 10-70 percent of total students of the schools.

Since the Ministry of Education and Training (MOET) has removed the floor mark scheme (the minimum exam scores that students must obtain to be eligible to apply for any university in Vietnam), schools have become more independent in enrolling students.

The Hanoi Academy of Journalism and Propaganda announced it will admit students who have a GPA of 8-9.07 for the 10th, 11th and 12th grades.

Dam Quang Minh from FPT University believes that enrolling students based on students’ high school achievements is a reasonable method that is applied in many countries.

However, some analysts argue that though the method can work well in other countries, it doesn’t suit Vietnam. It may happen that parents, in order to ‘buy’ seats at universities for their children, will spend money to ‘embellish’ their children’s school reports.

This means that the scores students obtain for their school work may not truly reflect their abilities. The scores are ‘fabricated’ based on ‘orders’ from parents.

HCM City has seen a sharp rise in the number of students, putting more pressure on many local schools which lack facilities.