Noi Bai Airport’s adjustment plan to be publicised this year

The Ministry of Transport will announce the adjustment planning of Noi Bai International Airport in the third quarter of this year. 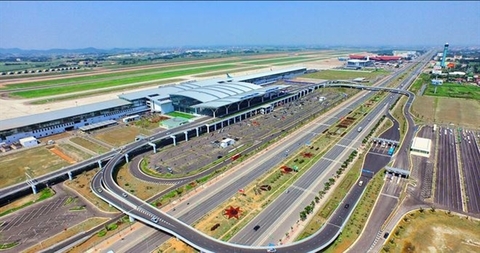 A view of Noi Bai International Airport. The airport is expected to receive 50 million passengers by 2030. — Photo tinnhanhchungkhoan.vn

The Ministry of Transport will announce the adjustment planning of Noi Bai International Airport in the third quarter of this year.

The statement was released by Minister Nguyen Van The in a document answering questions from Hanoians about the airport.

The said with the Government’s plan to expand and improve the capacity of Noi Bai Airport, it will reach about 80-100 million passengers per year after 2030.

“To ensure the quality of the expansion and detailed planning project, as well as avoid becoming overloaded like Tan Son Nhat International Airport, the ministry has proposed the French Government finance the technical assistance project studying the plan of expanding and adjusting the detailed planning of Noi Bai Airport by 2030,” The said.

“The fund is expected to use non-refundable aid from the French Government FASEP Fund,” he added.

The minister said ADPi, an airport architecture and technical design consulting company, selected by the French Government has been working on the project since mid-June this year.

ADPi will review the plan for Noi Bai Airport, which was approved by the Prime Minister in Decision No. 590/QD-TTg dated May 20, 2008 and propose an expansion plan to ensure compliance with the development of the airport, including construction investment and site clearance costs.

After ADPi’s proposal is approved by the competent authority (which is expected in the third quarter of next year), the ministry will direct relevant agencies and units to mark out construction boundaries in the five surrounding communes as planned.

After 2030, the fourth runway will be built, raising the total capacity of the airport to 90 million passengers. — VNS