The schools complained that the consequences caused by Covid-19 to the education sector have been disastrous.

Non-state owned schools have sent a petition to the Prime Minister complaining that they have suffered because of prolonged closure and have asked for support through tax exemption and bank loan interest rate reductions. 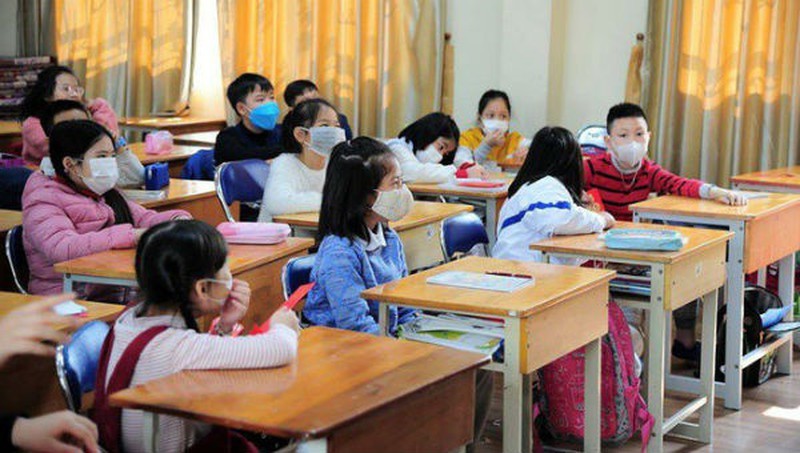 Surveys by press agencies show that only 20 percent of non-state education establishments make a profit, 40 percent ‘can exist only' and 40 percent incur losses.

The situation is getting even worse because of the Covid-19 epidemic. Private schools are in danger of having to lay off workers, shutting down and going bankrupt.

According to the schools, if the epidemic lasts six months, 80 percent of them will see revenue drop by more than 50 percent, and 90 percent of may go bankrupt.

If 200 medium-scale schools in HCM City and Hanoi alone become bankrupt or fall into insolvency, thousands of teachers will lose their jobs and trillions of dong worth of bank loans won’t be paid on schedule.

Meanwhile, thousands of foreign teachers working for English centers and private schools will lose their jobs. If the teachers decide to leave Vietnam, it will take high costs to recruit them back.

Since students have been staying off school for a couple of weeks, private schools have become exhausted in finance, energy and in willpower.

TH, the headmaster of ICA Preschool in Go Vap district, HCM City, said: "We have to pay VND40 million a month on the premises. We have to pay workers and many other expense items. As students are off school, we don’t have revenue and we are facing big difficulties."

Dang Minh Chuong, the owner of the Tuoi Tho Preschool in Nghe An province, said the school’s operation depends on tuition. Therefore, when students don’t go to school, Chuong doesn’t have money to pay to teachers.

Hanoi has decided to continue let students remain off to avoid the SARS-CoV-2 outbreak.