The hot weather predicted to last until June 9 would be the longest so far this year. 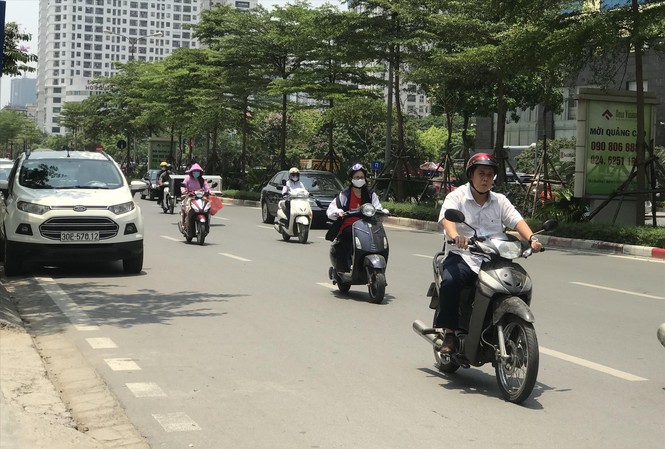 According to the National Centre for Hydro-Meteorological Forecasting, today, the northern and central regions would have the highest temperature of 38 degrees centigrade.

Hanoi would face the highest temperature of 37 degrees centigrade on the day. UV index in Hanoi and Danang during the day have been forecasted to reach up to 7-9, posing a very high risk for people.

The most scorching hot days will be on June 5-8, while the north would see downpours and strong winds on June 2-4, focusing in midland and mountainous areas.

Northern and central localities would continue battling many hot days with the temperature of being around 1-1.5 degrees centigrade higher than the previous years.

The National Centre for Hydro-Meteorological Forecasting reported that droughts would continue ravaging the central region. Many local rivers and lakes would see the record dry in the coming days.

On June 6-8, Thanh Hoa, Nghe An and Ha Tinh provinces in the central region would see heavy rains and strong winds. While, localities from Quang Binh to Binh Thuan would see rains in some areas with the rainfall down by 50% against the average level of previous years.

The water shortage and droughts have been forecasted to hit localities from Binh Dinh to Binh Thuan. Ninh Thuan and Binh Thuan provinces would face high risk of fires.

The drought would expand to coastal central localities between June and August.