Oil to be recovered from sunken Thai ship in central Vietnam

Authorities in the central province of Ha Tinh are co-operating with the owner of a Thai sunken cargo ship to recover nearly 180 tonnes of oil from the ship. 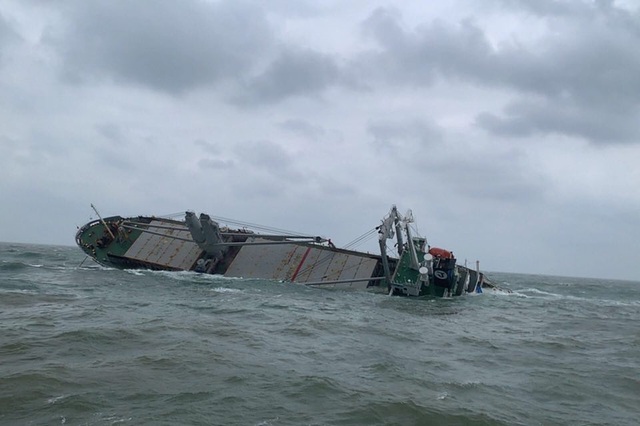 The Nordana Sophie ship sinks in Ha Tinh on November 28

A representative of the Ha Tinh Port Agency confirmed that they would try to recover 178 tonnes of oil from the Nordana Sophie before the Tet Holiday.

According to the Ha Tinh Port Agency, the owner of the ship has arrived in Ha Tinh to assess the situation and plan for the oil recovery.

Local authorities have finished collecting the oil spill on over three kilometres of coast in Ky Anh District to prevent the environmental disaster from worsening.

Pool floats have been set up around the area of the shipwreck and pumps used to move the remaining fuel in the sunken ship out onto barges.

The Nordana Sophie departed from Hong Kong to travel to Son Duong Port in central Vietnam with 18 Thai crew members.

As it neared the port early morning of November 28, the crew discovered that seawater had leaked into the ship through a hole in the hull. The ship sank soon afterwards. All 18 crew members were safely brought ashore by local rescue boats. Dtinews