Parents struggle to look after children as schools close

Many families are struggling to look after their children after schools closed to prevent the spread of the Coronavirus. 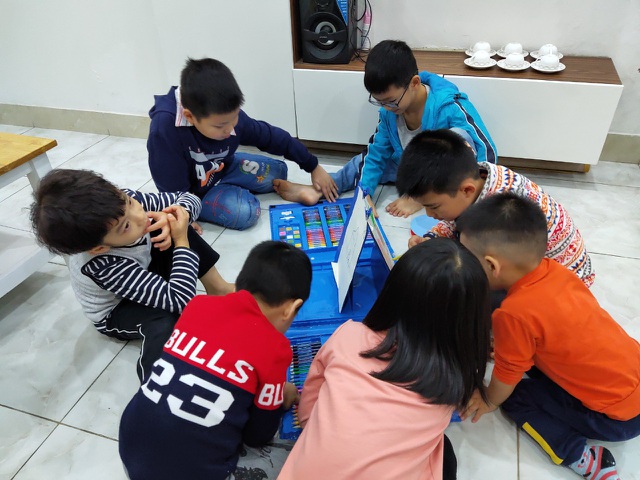 Schools nationwide have let students stay home for one to two weeks starting from February 2. Nguyen Thi Mai Anh in Hanoi said after getting the notice, they had to bring their 7-year-old and 10-year-old son to their hometown in Hung Yen Province.

"We work from 7 am to 6 pm. We are not comfortable with letting our children stay at home alone," she said.

Minh Huong in Cau Giay District had to seek a babysitter immediately since their daughter is only in first grade. Their parents are too old to travel to Hanoi. Huong or her husband will take a long leave of absence to look after their child if they can't find any babysitter.

"The school shutting has affected our lives a lot but it's necessary to protect public health. I've already taken a week off work and maybe longer if the situation doesn't improve," she said.

Some families in apartment building complexes have worked together to look after their children. Minh Van said her floor had six families, all of them have children aged six to ten. The parents have taken turns to stay home one day to ensure children's safety and work time.

"It's difficult to find babysitter after Tet and schools only closed temporarily so not many people want to babysit, despite the high pay," she said.

Many firms have also allowed parents to work from home or opened a playroom at the companies. Employees at an advertising company brought their children who are over 6 years old along to work after a playroom was opened and two employees were assigned to look after the children. Parents of younger children can work from home. According to the company's leader, they will open the playroom for three days so that parents will have time to look for a babysitter.

Coronavirus outbreak started in Wuhan City, China, and has spread to dozens of other countries. It was then declared a global health emergency by the WHO. As of February 4, at least 490 people in China had died from the coronavirus and the number of confirmed infections was 24,324.

Students in HCMC will stay out of school until February 16 to help contain the spread of a deadly coronavirus which emerged in the Chinese city of Wuhan late last year.

Teachers at schools, colleges and universities in HCM City are applying a wide range of teaching methods to help their students learn online while the schools are closed until February 9 to prevent the spread of the coronavirus.