The absence of Vietnam in this year’s PISA ranking shows that students are equipped with academic knowledge, but lack experience and life skills.

The Ministry of Education and Training (MOET) reported that Vietnamese students had better overall results than in previous years. Vietnam got 505 score from reading comprehension, the 13th highest score out of 79 countries and territories, up by 19 grades compared with 2015. 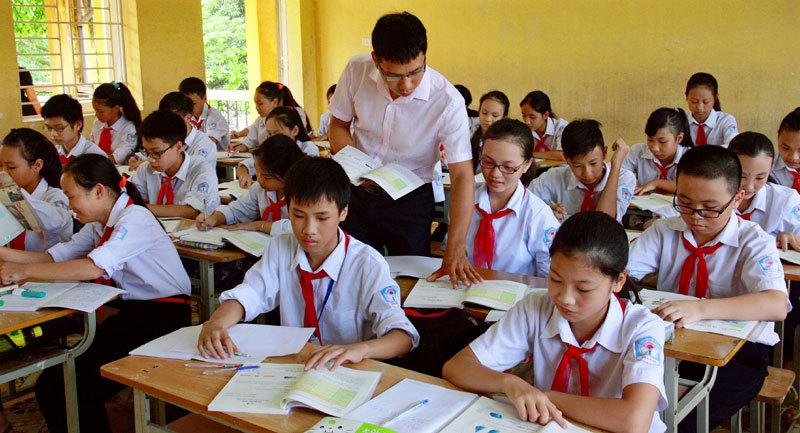 However, Vietnam was absent in this year’s PISA ranking. One of the reasons cited by MOET is the discrepancy in the assessment model between Vietnam and OECD countries.

The questions about experience in traveling the subway, financial investment, and international calling were considered ‘difficult’ for Vietnamese, though they were very easy in the eyes of students from other countries.

According to Ha, the difference in economic conditions is one of the factors which create differences in Vietnam’s and other OECD countries’ assessment models.

Because of the misfit, OECD decided not to put Vietnam in this year’s ranking and it wanted to have more time to learn about Vietnam’s phenomenon.

Nguyen Khanh Trung from Emile Viet, an education organization, said it is necessary to reconsider the purposes and ways of education in Vietnam.

Trung, who has spent time studying education in developed countries, found that the education purposes of the countries are clear – turning students into independent citizens who can stand on their own feet.

At preschools, children in these countries are equipped with knowledge about life skills, so that they can protect themselves and take responsibility for their lives.

Ha commented that Vietnamese students are equipped with academic knowledge at general schools, but their ability of applying knowledge in life is not good.

Vietnam is not listed in the 2018 Program for International Student Assessment (PISA) ranking, though it had better overall results than previous years.