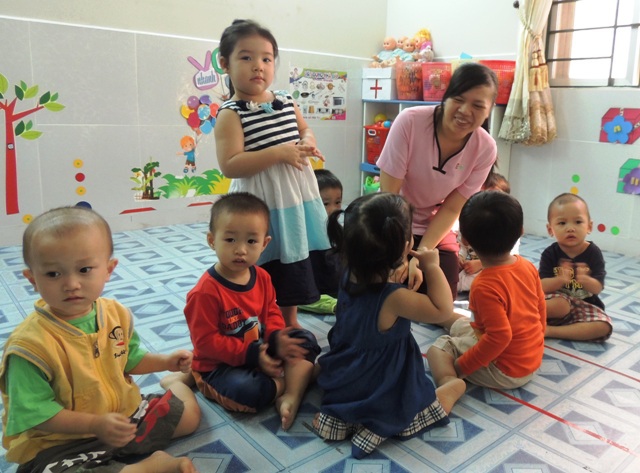 During the long school closure, the school laid off many teachers due to financial problems. Many teachers have already found other jobs and will not return to teaching. They had to recruit new teachers immediately when there was news that schools could reopen, however, they still need eight more teachers.

Le Thi Be Tuyet, director of Do Re Mi Nursery School in Binh Duong, said they were having difficulties in searching for new teachers. For many people, nursery teacher is only a temporary job as they wait for new opportunities. The outbreak is a motivation for them to change jobs.

"The children have stayed home for a long time so it will take time for them to become reacquainted with the nursery. They will cry and cause trouble more often. It's a high-pressure job," she said.

Teacher recruitment ads are constantly uploaded on the Internet with few successes. Similar situations can be seen in neighbouring provinces like Dong Nai, Binh Duong and Long An.

Nursery teacher is already an unstable and low-income job for many and the Covid-19 pandemic had badly affected the teachers in the private sector. Statistics from the HCM City Department of Education and Training show that 879 nursery facilities with 23,460 managers and teachers were affected. 80% of the teachers, especially those in the private sector, have been temporarily laid off or lost their jobs. Dtinews