Two workers died and one remained missing after a bolt of lightning struck a quarry in Dien Bien Province on June 1. 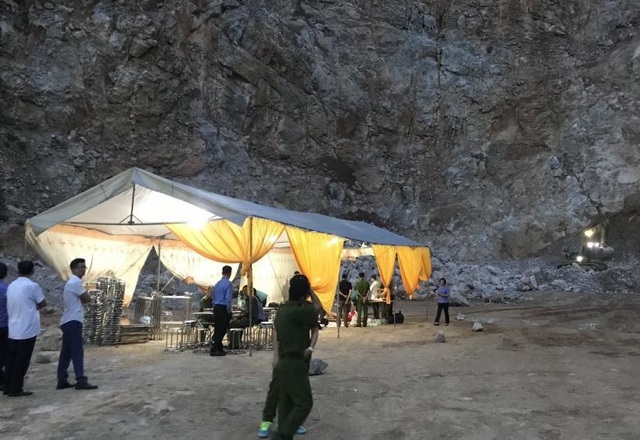 Searching for the missing worker

The accident occurred at 4.30 pm at the stone mine of Hoang Anh Services and Trading Investment Co., Ltd. in Ca Hau Village, Na U Commune.

The workers were placing the wires to detonate the rocks when the sky went dark and a rainstorm poured down. Lightning struck down and set off the explosive, causing a landslide. Three workers were buried under the rocks including two from Ninh Binh Province and one is from the H'Mong ethnic group in Dien Bien.

After receiving the information, the police and border guards in Dien Bien quickly arrived at the scene to search for the victims and investigate the case.

At 7.15 pm, two bodies were found while the last worker is still missing. Dtinews