More cases of journalists blackmailing businesses have been discovered and prosecuted in the last three years. 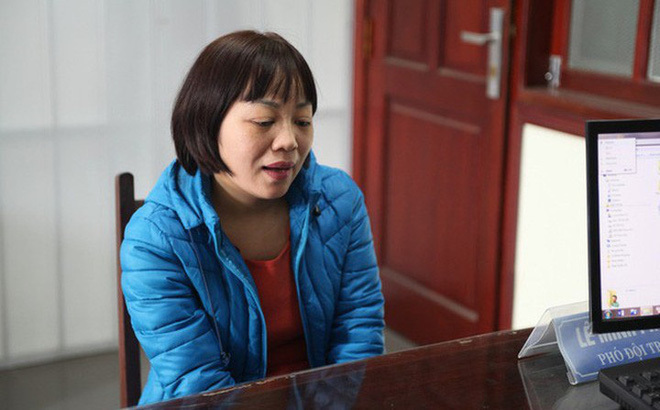 Lam, after discovering that the clinic made some mistakes, threatened its shareholders, telling them if they did not pay him in exchange for his silence, he would write articles about the mistakes and publish them in the newspaper.

Two other reporters, including Tran Tuyet Nhung and Bui Thi Xuan, also got involved in the case, and were detained by the Bac Giang Police.

On July 20, the Thanh Hoa Police issued a decision to prosecute and detain six defendants, including two reporters from the Tai Chinh Doanh Nghiep Magazine (Corporate Finance) for extorting assets.

On May 12, some strangers came to see Ho Dinh Tung, deputy chair of Tinh Gia district People’s Committee, and asked for consultancy on compensation for site clearance. After an exchange, a man put a notebook with banknotes inside Tung’s hands and filmed the scene.

The strangers used the clip to extort Tung, demanding VND5 billion. Tung then asked for help from the police.

On December 20, 2018, the Bac Giang Police released a decision to take legal proceedings against Dao Thi Thanh Binh, who was then a reporter of Thuong Hieu va Cong Luan newspaper (Brand and Public Opinion), for extorting assets.

Binh discovered that Luxshare-ICT Vietnam, a foreign invested enterprise in Bac Giang province, with 4,000 workers, started building dormitories for workers while it was still waiting for licensing. She contacted the company and told the company to pay money, or Binh would write an article about the problem.

The company reported the case to the police and Binh was arrested.

In August 2019, the My Tho Court sentenced Phan Dung in HCMC to 8 years and 6 months in prison and Nguyen Van Uan in Dak Lak for 7 years in prison on charges of asset appropriation.

Eleven officials suspended for involvement in alleged bribery at Tenma

Eleven officials, including five in taxation and six in the customs have been suspended from work due to their involvement in an alleged bribery case at Japan’s Tenma Vietnam company, Government meeting.