Scientific research: spending is high, but results are few

The research team of three members, Nguyen Huu Thanh Chung, Vo Dinh Hieu and Ngo Manh Dung, has announced the results of their study to develop the database of Web of Science (WoS) and Scopus. 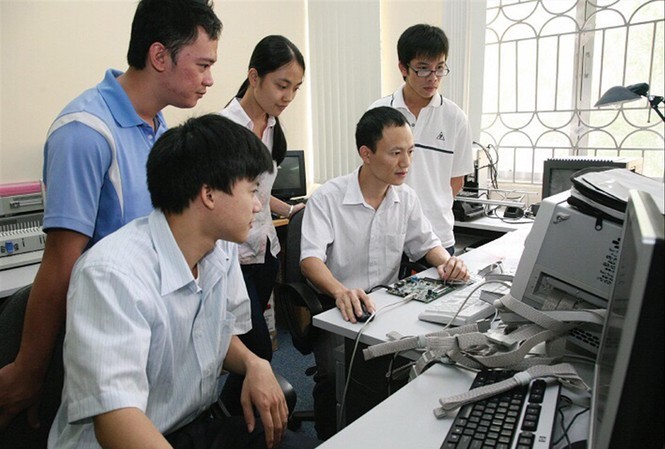 The study, about the articles of Vietnamese authors, can be found on Vcgate system of Hanoi National University.

The figures from education establishments were 13,728 WoS articles, 21,702 Scopus and 23,144 WoS & Scopus articles, which accounted for 70 percent of total articles.

As such, in 2018, Vietnam nearly reached the threshold of 10,000 internationally published articles.

Ton Duc Thang, a private university jumped into the third position and Duy Tan was among top 5 universities. These four education establishments of Vietnam have found their names in international rankings.

The researchers noted that there is a big gap in the number of published articles between the schools in top 5 and top 30, which showed that only 15 higher education establishments in Vietnam have outstanding research capacity.

The report of the research team found that 70 percent of published articles belonged to universities. Meanwhile, the total number of Vietnam’s WoS and Scopus articles in 2014-2018 was just equal to the number of Indonesia’s articles published in 2017 (21,300 articles) or 2018 (33,988) alone.

In the 1960s, Vietnam only had eight research institutes and six universities. Meanwhile, there are now over 4,000 science and technology institutions, 3 national hi-tech parks, 13 hi-tech technology agriculture parks, 8 IT parks and 67,000 researchers.

In 2019, the total spending on science and technology development was VND12.825 trillion, an increase of 22 percent compared to 2016. However, the investment efficiency was different in different localities.

In 2019, Thanh Hoa province spent VND141 billion on science and technology development, but only had 19 scientific articles published.

Hanoi to have another international university

The university will become an international innovation center of the Vietnam National University, Hanoi.

Vietnam National University-HCM City (VNUHCM) had more than 2,500 scientific articles published in domestic and international journals as of October, according to its recent report.