Trung began working as a lecturer and researcher at Ton Duc Thang University in 2010 and is now head of the Institute of Computational Science at the university. 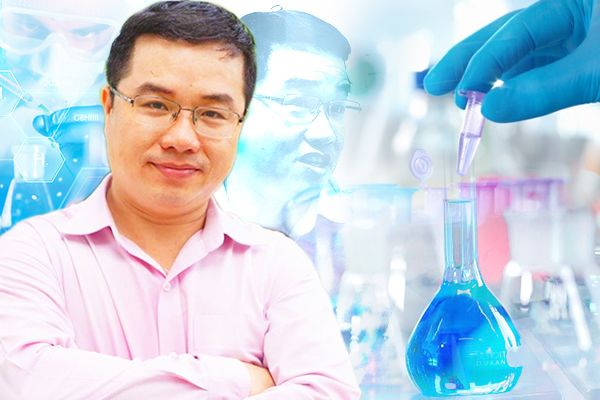 In 2014, Trung received the title of Associate Professor.

In 2019, Trung was listed among the 100,000 scientists with the highest number of citations in the world, according to the research work “A standardized citation metrics author database annotated for the scientific field” published in the PLOS Biology journal.

The group of researchers headed by John Ioannidis made the list by using the Scopus database, including 24,702 journals and 6,123 summary records of prestigious science seminars from 1960 to 2017 by nearly 7 million authors.

According to Dutch Scopus, Trung has more than 6,400 citations, and an H-Index at 44 (44 articles; each of the articles has 44 citations or more).

Trung applied for the professorship title at the HCM City University of Natural Sciences basic professorship council and got approval. However, in the latest announcement from the Professorship Council in Mechanics, Trung was one of four scientists excluded from the list of candidates.

He also has two master’s degrees from the HCM City University of Natural Sciences and from Liege University in Belgium, and a doctorate from Singapore National University.

On March 14, 2014, he was appointed Associate Professor at the HCM City University of Natural Sciences.

Trung said he advised a PhD student who successfully defended a dissertation to get a doctorate, fulfilled one scientific research work at the school level, one at the national university level and four at the state level (project funded by NAFOSTED).

Trung has published 103 scientific articles, including 102 articles in ISI journals. Trung published 57 articles after getting the title of Associate Professor (from 2014 to now).

He has published two books.

Explaining the reasons behind the decision to exclude Trung from the list of candidates for professorship, Secretary of the Professorship Council in Mechanics Tran Van Lien cited three reasons.

First, there were many scientific articles published and the number of articles had increased sharply recently.

Second, some publications by Trung did not relate to mechanics. Third, Trung’s general report did not meet requirements.