As the Hoang Quoc Viet-Nguyen Van Huyen overpass construction was started, dozens of dalbergia tonkinensis trees have been moved deep inside the new pavement. According to the Hanoi traffic construction management board, relocating 35 trees is one of the most difficult problems they have to face when carrying out ground clearance tasks.

The dalbergia tonkinensis trees are very valuable as material for furniture and are endangered in Vietnam. A few metal fence has been made for each tree and security cameras have been installed to prevent theft and vandalism. In addition, two guards will patrol the street all day to protect the trees.

Some photos of the trees: 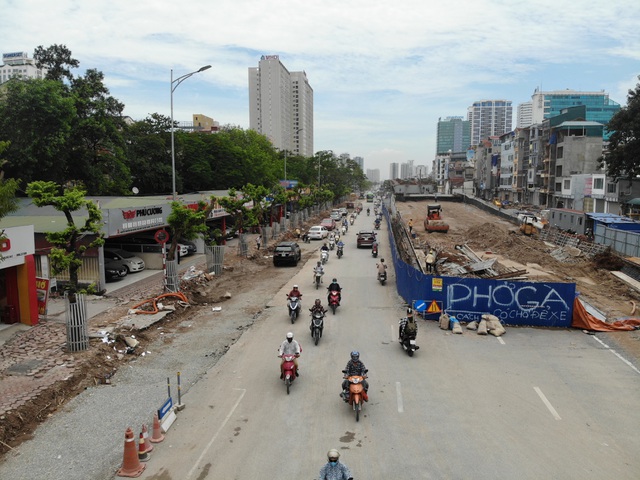 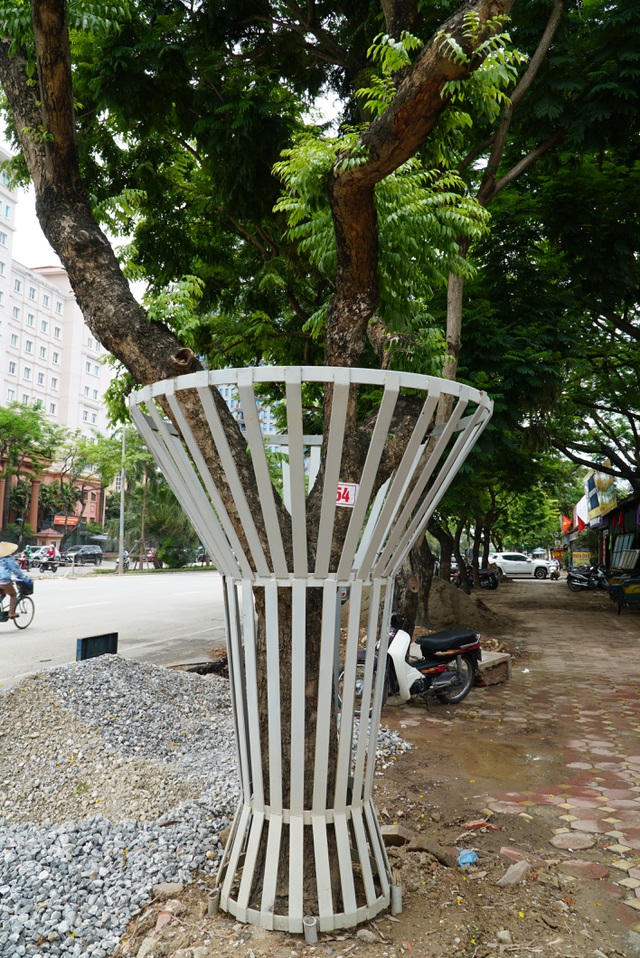 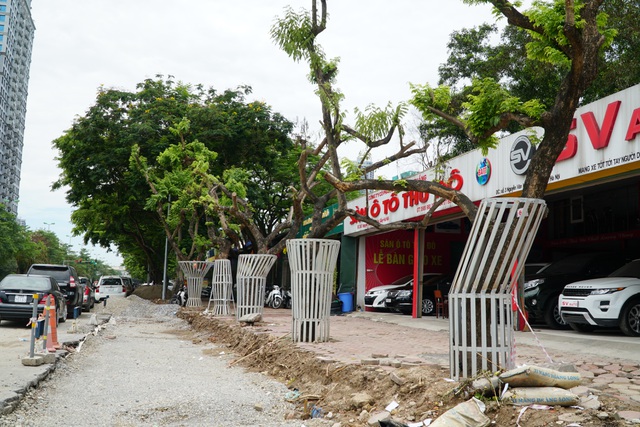 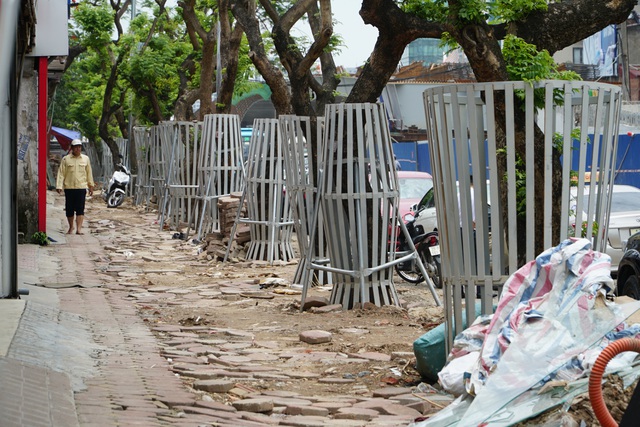