With a total 30/30 score for three B-group exam subjects, Nguyen Le Vu has become the only examinee achieving a maximum score on these subjects at the national high school final examination.

Vu, a student at Le Quy Don High School for the Gifted in Da Nang City, received 10/10 for mathematics, chemistry and biology tests. He got a 7.5 score for literature and 6.5 for physics. 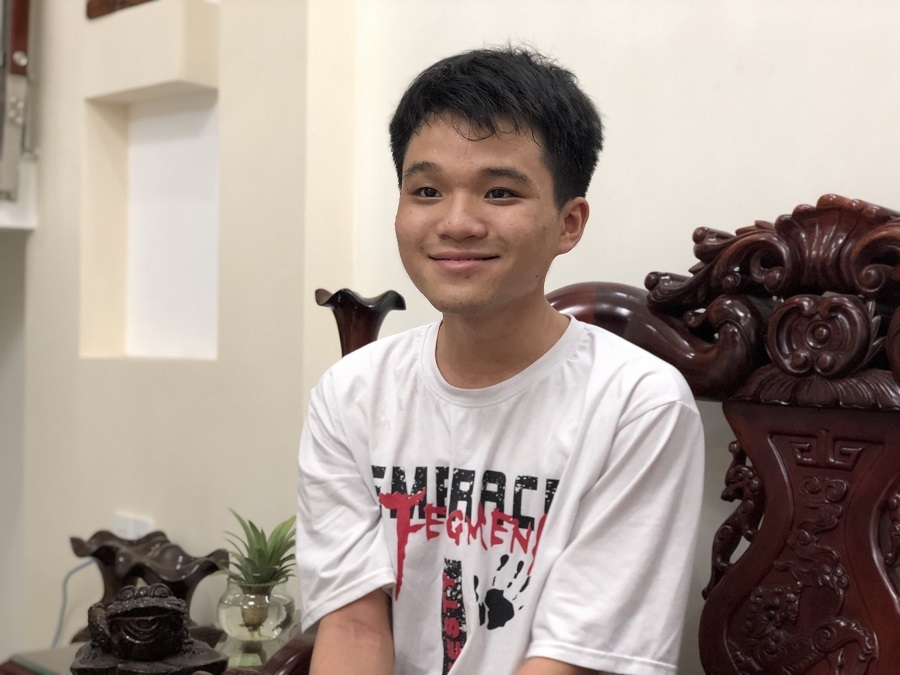 The results of the second phase of the high school finals were released yesterday, September 16.

Vietnam is conducting high school finals in two phases this year because of the second Covid-19 outbreak. The students from localities not constrained by the social distancing order took the exams on August 9-10, while those under quarantine or living in locked-down areas took the exams on September 3-4.

The students attending the second phase of the final exams were mainly from Da Nang, the epicenter of the second epidemic outbreak, and Quang Nam and Dak Lak provinces.

Vu said the maximum score of 30/30 was a big surprise to him. As the Ministry of Education and Training (MOET) did not make public the official answers to exam questions, Vu was not sure if he gave correct answers to all the questions.

Vu said mathematics, chemistry and biology are his best subjects, but he still spent time on them to obtain the best possible results.

After school hours, Vu spends four hours every day on study. When reviewing the high school finals, he spent eight hours a day to study.

“I spent time on both theory and practices. Exercises were arranged in a reasonable way, classified by types of questions, so I could find them easily for review,” he said when asked how he prepared for the exam.

“Besides, studying with teachers and friends was also very useful,” he said.

With the high score, Vu will obtain a seat at university and he has applied for the General Medicine Faculty of the HCM City University of Medicine and Pharmacy.

Vu’s high exam results did not surprise his friends, because he is an excellent student who has won many prizes at competitions.

When he was in 10th grade, he won the gold medal at the 30/4 Olympic mathematics competition. He also won first prize in mathematics at the city’s competition last year.

Nguyen Quoc Khanh, the monitor teacher of Vu, said he was very happy that his student got such a high result on the important exam. His other students were the highest scorers in the A and A1-exam groups from Da Nang in the second phase of the high school finals.

Highest scorer in A1-exam group dreams of becoming a policeman