One of the most common teaching from mothers all over the world is that you are not supposed to take anything from or talk to a stranger.

It’s good advice, but the story of a young girl’s determination to abide by her mother’s words might call into question the validity of this adage.

Dieu, a 10-year-old girl in the northern province of Hai Duong, involuntarily had the trip of a lifetime after a simple mistake.

In late November, Dieu rode her bike to another village to hang out with friends. She left for home at five but late into the night, her family still didn’t see her returning.

Dieu’s family panicked and waded into rivers and lakes for fear of her having drowned, went to the local police to report her missing and even posted on Facebook for help – without knowing that Dieu had simply made a wrong turn and got lost on her way back.

It seems Dieu went onto the National Road 5 and rode along it all the way to Hanoi, 60km from her home, all by herself, on her old rusty bike.

She made a few stops along the way but didn’t speak to anyone, even if asked, as she stuck with her mother’s warning not to “talk to any stranger or they will kidnap you".

Only when reaching Phuc Loi Ward of Long Bien District, Hanoi, did her stamina as well as fear of strangers finally run out.

Local people noticed a tired and crying girl asking for directions and helped feed her.

She said she knew that she was lost but didn’t dare ask anyone on the way.

Even after the locals proved to be helpful strangers with no ill will, Dieu still refused to disclose the names or addresses or telephones of her relatives to them and only let loose to the police who arrived shortly after.

After the seven-hour detour, Dieu was finally home among her family at one in the morning, to the relief of her relatives.

Tuoi, Dieu’s mother, said after this incident, life skills will certainly be an integral part of Dieu’s lessons. — VNS

The fact that three preschool children in Ha Nam province got severe burns during lessons about calling for help and escape in emergency situations has raised worries about the teaching of life skills at school.

Many teachers are not trained to teach life skills, but still give the lessons at school. 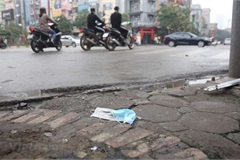 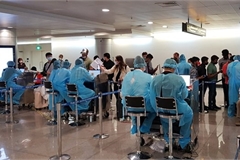 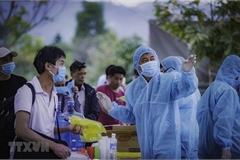