With Decision No 131 signed by the then Prime Minister Pham Van Dong on April 29, 1980, 83 individuals who were university lecturers and researchers were granted the professor title. One of them was Hoang Xuan Sinh, the first female mathematics professor in Vietnam. 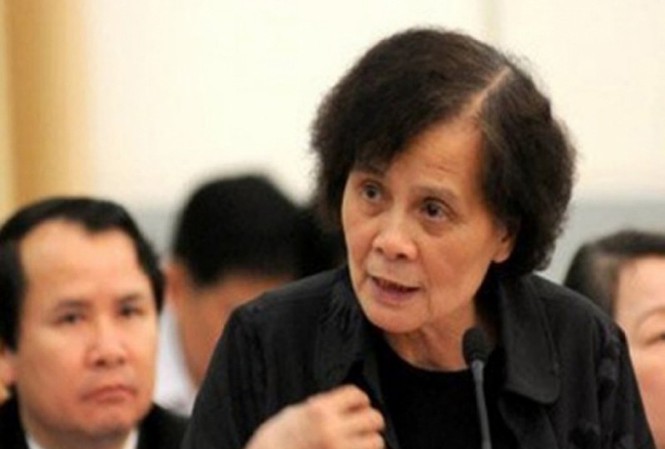 Sinh was born in Hanoi in 1933. In 1951, after obtaining the first high-school diploma in linguistics, she went to France to obtain the second diploma majoring in mathematics.

At that time, she chose to study mathematics, not any other subject, because her parents said being good at sciences would be useful for developing the country, and Sinh found mathematics the easiest learning subject.

When returning to Vietnam, she became a lecturer at the Hanoi University of Education.

The dissertation defending ceremony lasted 2.5 hours only, but it took Sinh many hours to write when she was in a village on evacuation.

Later, she wrote the second dissertation in Paris, which took her two months. Both the dissertation aimed to solve the problems of modern mathematics.

Prof Sinh was the first foreign woman who came to Paris to successfully defend national doctoral dissertation in mathematics.

In Vietnam, in addition to giving lectures at the Hanoi University of Education, she compiled textbooks for university and general education. She many times led the Vietnamese delegation of students attending International Mathematics Olympiads.

Sinh was one of the founders of the Thang Long University, the first private university in Vietnam, in 1988. She was a member of the reviewing council for Kovalevskaya awarding in Vietnam.

Vietnamese had to wait 35 years to see the second female mathematics professor Le Thi Thanh Nhan, who got the title in 2015, at the age of 45.

Graduating from the Viet Bac University of Education, she became a lecturer at the school when she turned 20. Later, she obtained a master’s degree and then doctorate before the age of 30.

In 2005, at the age of 35, she became the youngest associate professor in mathematics in Vietnam.

Nhan has more than 20 scientific research works published in prestigious journals, including Vietnam Journal of Math and Communication in Algebra. She was invited by the French Mathematical Institute, Italian and Swiss Institutes of Theoretical Physics to study.

Nhan now works at the Department of Personnel Organization under the Ministry of Education and Training (MOET).

Vietnam has granted the professor title to 91 individuals so far, including 89 individuals living and working in Vietnam.

Of 89 recognized professors who live and work in Vietnam, only 35 professors are below 70 years old and are still working.

1980 was the first year the Government issued a decision to recognize professors and associate professors for scientific research and university lecturing.