The Indian girl was enrolled in school after a photo of her peeking into a classroom sparked outcry.

A five-year-old in the southern city of Hyderabad was enrolled in school after a photo of her peeking into a classroom sparked an outcry. BBC Telugu's Deepthi Bathini reports on why the photo doesn't tell the full story.

Divya is something of a local celebrity in the slum where she lives. The shy five-year-old was the subject of a recent photo which went viral - it showed her clutching a bowl and peeking into a classroom at the local government school.

The touching image was published in a Telugu newspaper on 7 November with a caption that translates from the Telugu as "hungry gaze".

It quickly grabbed people's attention: a children's rights activist shared it on Facebook, lamenting that yet another child was being denied the right to food and education.

It had such an impact, the school enrolled Divya the following day.

But her father, M Lakshman, says the photo and the outcry it provoked was in fact unfair to him and his wife, Yashoda, who works as a sweeper.

Mr Lakshman says he was waiting for Divya to turn six so he could enrol her in a government school where his other two daughters are studying. The couple also have a son, who has finished school and is now applying to college while helping Mr Lakshman, who works as a rag picker.

Divya and her parents live in a one-room hut in a shanty town in the heart of Hyderabad. The slum is about 100 metres from the government school, where Divya was photographed. Most of the 300 families living here are daily wage labourers and their children attend the school nearby.

Divya's home is sparse - plastic and glass are piled outside, ready to be sold for recycling. Mr Lakshman says between him and his wife, they earn about 10,000 rupees ($139; £108) a month, which pays for their food and clothes. Education, however, is free for the children, since they are all enrolled in government-run schools.

Mr Lakshman knows what it is to struggle: he himself grew up without parents and always battled to earn a decent living. "I never wanted my children to have the life I had. So I made sure they all go to school."

The photo, he adds, was especially hurtful because he has also been taking care of his brother's five children.

When asked why Divya had gone to the government school with a bowl in hand, Mr Lakshman explains that a lot of the younger children from the slum go there around lunch time to take advantage of the free midday meal - a government programme which provides cooked meals to children in more than a million schools. He said they know about this because their older brothers and sisters are already enrolled.

"Divya doesn't go every day but she happened to go on that day and someone photographed her," he explains.

This was confirmed by teachers at the school who told the BBC that some children brought lunch from home, so they gave the food leftover to the younger children who had not yet joined.

"Children are children. And there is no day-care centre, so a lot of these children hang around the school anyway," says one teacher, who spoke on the condition of anonymity.

The local school inspector, SU Shivram Prasad, says he hopes the attention generated by the photo will hasten the process of setting one up.

"It will help the parents and the children can eat a nutritious meal," he adds.

Teachers at the school also hope that the media spotlight will improve facilities. They say there is an acute shortage of staff and teaching materials, and the school doest not even have a compound wall, which meant they have to constantly watch the children during their breaks.

Divya, however, is excited to be going to school. She insists on taking her school bag with her everywhere, even to the playground. Other than saying her name, she does not answer any questions.

"She is a very calm child," says Mr Lakshman, as his daughter holds his hand and kisses it.

And he admits that despite everything, the photo did do some good.

"Now other children who are Divya's age are also enrolling in school. So that makes me happy." BBC 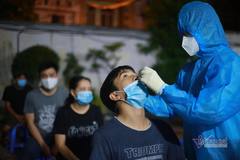 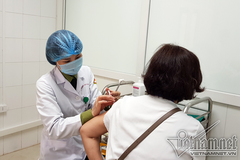 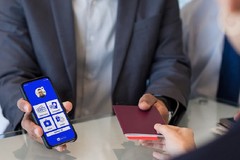