Thousands of people are returning from China in the northern border province of Lao Cai while local authorities are preparing to open more quarantine area for Covid-19 prevention. 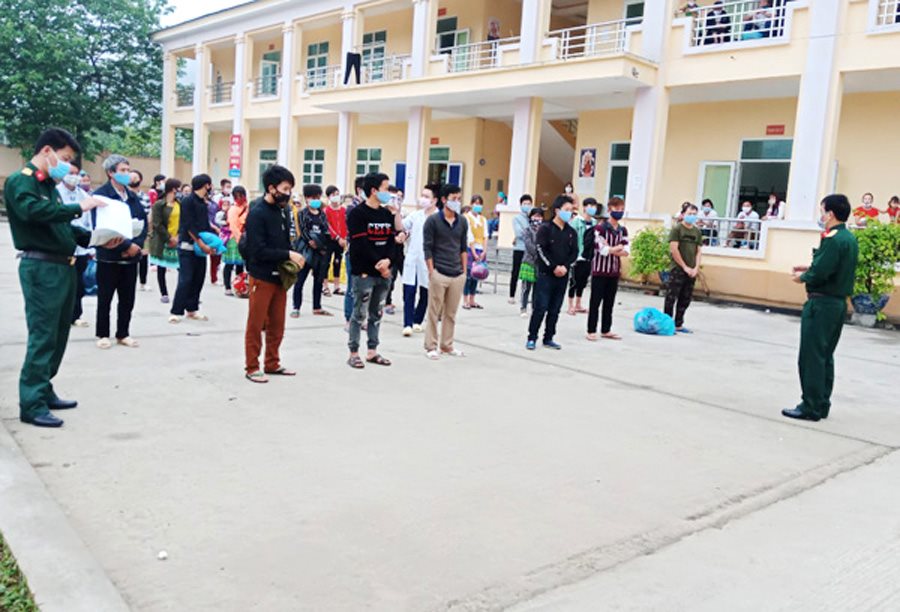 A quarantine are in Lao Cai Province. Photo by Baotainguyenmoitruong.

On April 21, vice-chairman of Lao Cai Provincial People's Committee, Hoang Quoc Khanh, sent urgent letters to concerned departments to ask for the opening of a quarantine area at a local school site with a capacity of 1,600 beds.

According to the committee, hundreds of people who are working in China have returned through small trails in Muong Khuong District over the past recent days. They are mostly local people and those from some neighbouring provinces of Dien Bien and Yen Bai.

Director of Lao Cai Provincial Health Department, Hoang Quoc Hung, said on April 22 that they have received around 500 people returning from China over the last three days.

"Many of them returned through small border trails and were found and brought to us by border soldiers for virus testing," he said. "Those people said that they decided to come back home because the factories and farms where they worked in China were suspended due to the virus outbreak."

Local authorities said that all of those people will be monitored for 14 days at centralised quarantined areas for Covid-19 prevention.

Statistics from the province showed that there are 2,885 local people working in China and so they are preparing to receive thousands returning in the coming days. Dtinews