Under a plan on rearranging administrative units in 2012-2021 and establishing Thu Duc City, which has been reported by the Ministry of Home Affairs to the National Assembly’s Committee on Legal Affairs, HCM City has no district subject to compulsory arrangement. 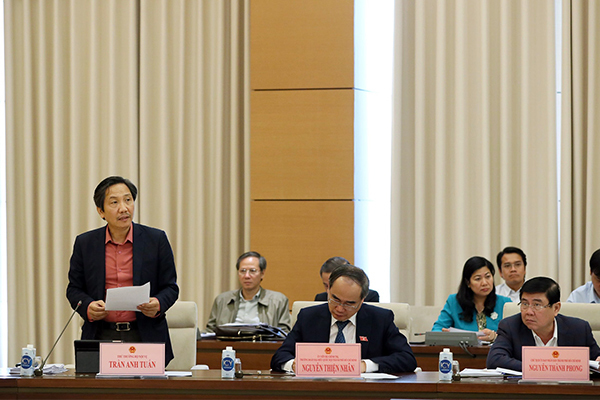 An Khanh and Thu Thiem wards belonging to the new urban area of Thu Thiem will not meet the standards after the rearrangement. However, after the urban area projects in the two wards are completed, the total population would be 130,000, or 8 times higher than required.

The committee, after preliminary examination, agreed with the rearrangement plan submitted by the government. The plan was opened to opinions from voters and the people’s councils at the administrative units bearing direct impact from the rearrangement and received high number of votes. It has also been agreed upon by 21 government members.

However, the committee said that the rearrangement of administrative units needs to be figured out based on existing conditions and standards, not on the expected figures in the future.

A lot of projects in the Thu Thiem New Urban Area have been going slowly because of appeals related to compensation for site clearance. Therefore, municipal authorities need to speed up projects in An Khanh and Thu Thiem wards.

Redundant officers
.
Dealing with civil servants becoming redundant after restructuring is a difficult problem as the number is high.

Under the plan, in the period right after the rearrangement, the number of deputy heads and civil servants could be higher than allowed, but the staff will have to be streamlined gradually. In case there is no vacancy for them, they will be asked to resign and receive allowance in accordance with the city’s policies.