A train had to make an emergency brake travelling on a railway section in Hanoi which has become a famous tourist site in the city.

The railway section running from Dien Bien Phu to Phung Hung streets in Hanoi has attracted increasing numbers of visitors including many foreigners in recent days.

Many people said that they knew the place through social media and were disappointed the local businesses would be forced to shut down soon. So lots of people tried to visit the site as soon as possible.

On Sunday afternoon, a train had to make an emergency brake and then stopped for a while on the railway section as it was full of visitors who were busy with taking photos and enjoying the atmosphere despite the dangers.

Under the Ministry of Transport’s request, Hanoi has to remove services along the railway section due to safety concerns.

The ministry has urged Hanoi to discipline leaders of localities in case railway violations happen in areas under their management.

Some photos of the railway taken on October 6: 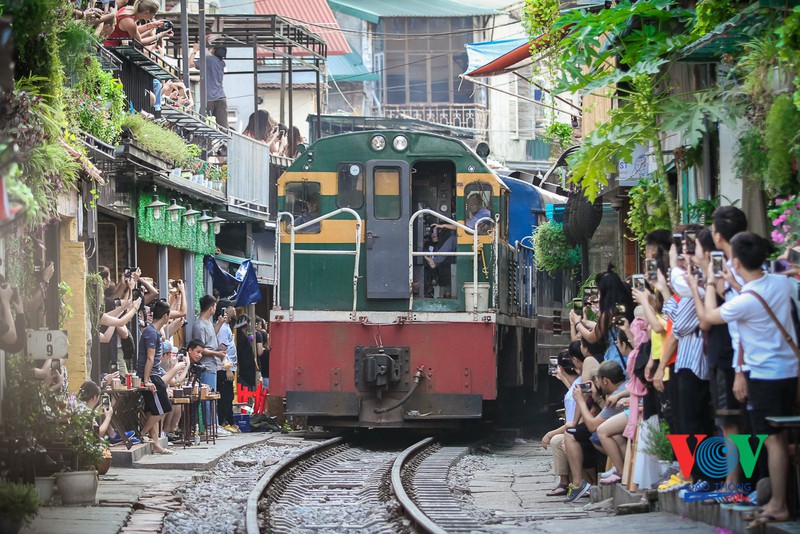 The train had to make emergency brake on the railway section 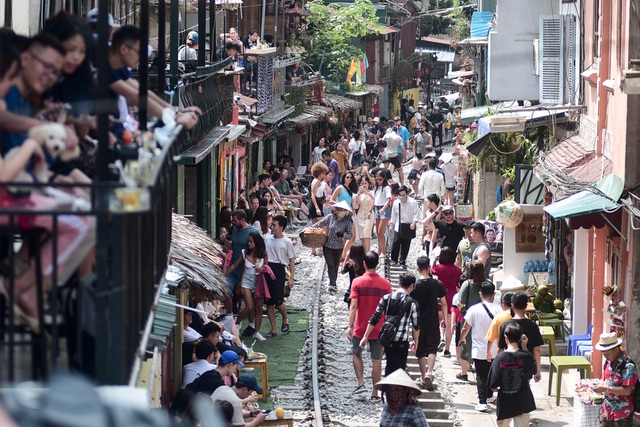 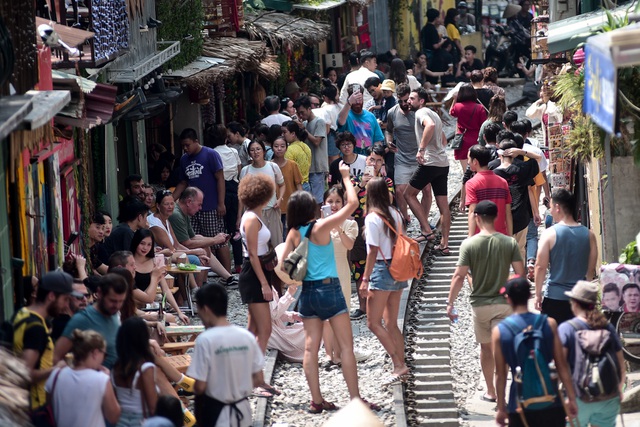 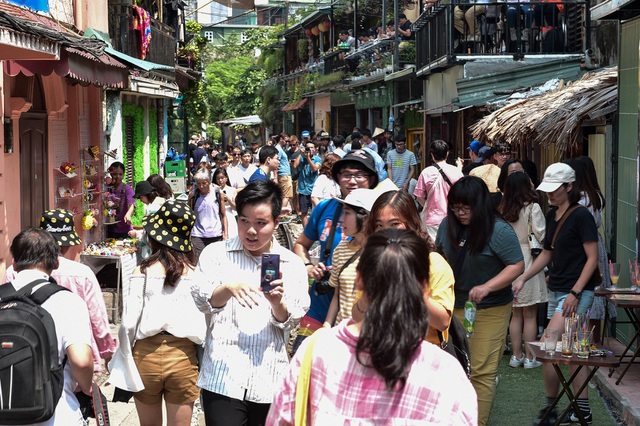 A large number of visitors came to the railway section