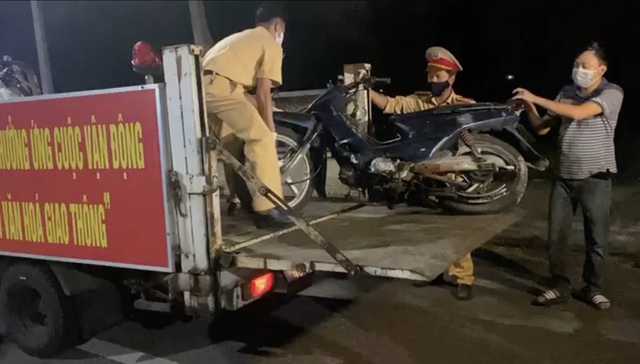 Police seize a motorbike at the race on April 2.

According to the initial information from the municipal Department of Police, at around 9 pm on Thursday, the two police officers from Son Tra District, one aged 41 and the other aged 23, were assigned to stop a group of people motorbike racing and robbing.

While chasing the racers, the two policemen suddenly ran into a traffic accident in the Man Quang Bridge area in Son Tra District. The incident killed two policemen and injured a local resident.

At least two among the racers have been arrested.

The case is still under the investigation. Dtinews

Despite just a few years of schooling and with little in the way of formal training in mechanical engineering, Nguyen Thanh Hung from Hong Ngu District in Dong Thap is nonetheless famed locally