“There is a big problem in the labor structure. Vietnam is lacking workers with professional and technical qualifications,” said Nguyen Van Cuong, deputy director of the General Department, Office of the Party Central Executive Committee. 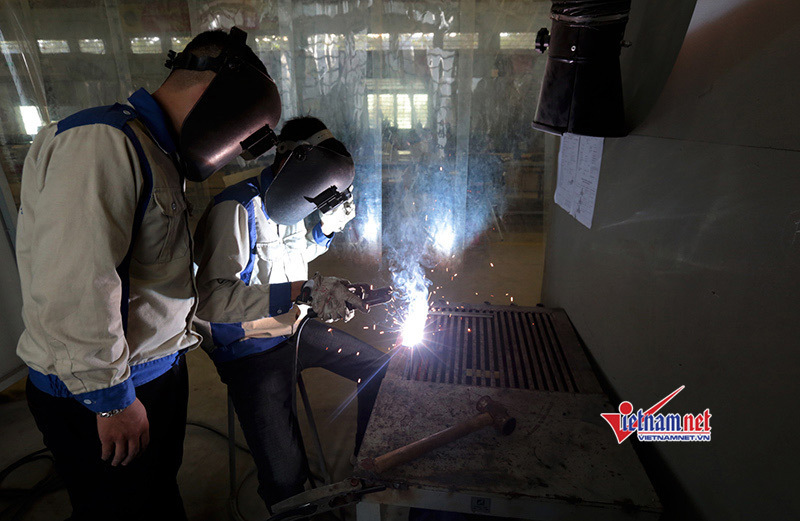 According to Cuong, the rate of trained workers with degrees and certificates in Vietnam is still low. Although the proportion of trained laborers has been increasing in recent years, it is still low compared with the development needs of the economy and other regional countries.

Laborers with degrees and certificates (trained laborers) account for 21.8 percent of the labor force, which is just 1/3 of the newer industrial economies such as South Korea, Taiwan and Singapore.

The number of workers finishing junior colleges and universities accounts for the highest proportion of trained workers. However, there are only 30 workers with junior college or higher education degrees per 1,000 people, which is lower than 52 per 1,000 in South Korea and 70 per 1,000 in Japan.

The World Bank found that Vietnam’s state’s investment in each Vietnamese student was very low compared with Malaysia, Thailand, Singapore and Indonesia. In 2013, Vietnam spent $645 per student, while it was $12,013 in Singapore, or 20 times higher than Vietnam.

The unreasonable labor structure in Vietnam can also be seen in the lack of high-end labor force, technical engineers and highly-qualified technical workers.

“There are too many masters but too few laborers. This is a big problem that Vietnam is facing,” Cuong commented.

Also according to Cuong, in the group of workers with technical and professional qualifications, workers with higher education levels have higher unemployment rates.

In 2016, the unemployment rate among laborers with degrees and certificates was 1.11 percent compared to the 2.9 percent of the general unemployment rate. In 2017 the figure was 0.86 vs 2.38 percent.

Should there be common standards for university graduates?

Higher education establishments all have announced their standards for graduates.

Complicated procedures, low incomes and bad working environments explain why Vietnamese students do not want to return to Vietnam after they finish study overseas.