Vietnam actively implements Convention on the rights of people with disabilities

Vietnam will continue to improve the legal system and policies for people with disabilities and blind people in accordance with the Constitution and the International Convention on The Rights of People with Disabilities.

Vietnam's signing of the Convention (November 22, 2007) has shown the spirit and sense of responsibility of the Vietnamese State for ensuring and enforcing human rights and the rights of people with disabilities.

The fact that Vietnam signed the Convention, the whole spirit and content of the Convention have positively affected the development and improvement of the legal system on people with disabilities in Vietnam.

However, socio-economic conditions and life of Vietnamese people, especially people with disabilities still face many difficulties, especially in rural, mountainous, deep-lying and remote areas; Many people with disabilities themselves still suffer from low self-esteem, social awareness and limited self. Propaganda and education on human rights, civil rights, and disability issues in Vietnam have not been highly effective, affecting the positive initiative of the community and social groups. as individuals.

Therefore, in order to promote domestic and international favorable factors, overcome difficulties in order to realize the rights of people with disabilities, when Vietnam becomes a party to the Convention, we need to implement a number of the following mission:

The role of policies and laws is the political - legal basis for drafting, promulgating and organizing the implementation of legal documents to ensure the rights of people with disabilities. Policies and laws on people with disabilities must be included in the overall legal system of the State and are an inseparable part of the overall legal policy.

On the other hand, ideology, policy principles and laws of people with disabilities must be deeply integrated into the content of legal policies of all fields of socio-economic life.

Secondly, it is necessary to study deeply and fully the provisions of the Convention in order to fully receive and codify the rights of people with disabilities according to a roadmap suitable to economic development conditions - The country's society also fully grasps the obligations of the Convention's member states to early determine proactively the strict implementation of these obligations. 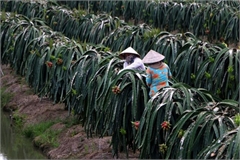