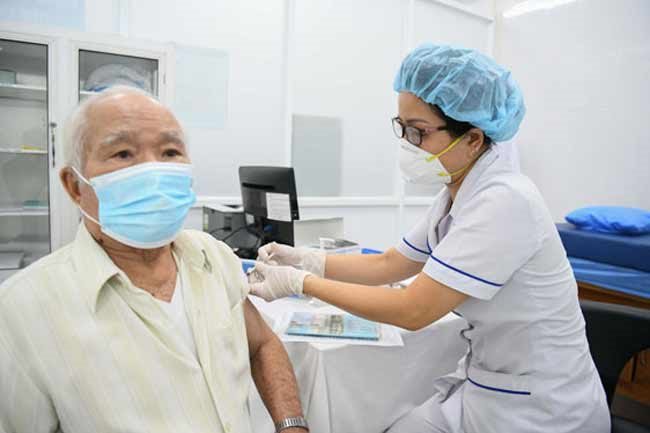 The decision on mixing and matching COVID-19 vaccines was made after localities claimed they were running out of the Moderna vaccine for the second dose of the same vaccine.

For the time being, several localities started to mix and match the Pfizer and Moderna vaccines in order to increase the vaccination coverage.

The MoH said it has so far received approximately 5 million doses of the Moderna vaccine donated by the United States and it has allocated them all to localities.

According to the ministry, Vietnam has received a total of more than 33 million doses of COVID-19 vaccines, mostly AstraZeneca, from different sources, either through purchase contracts or donations.

But for the Moderna vaccine, it has completely relied on donations and yet to sign any contracts with the manufacturer.

Due to the vaccine shortages, in order to boost the ongoing inoculation drive and increase the vaccination coverage, the MoH agreed that:

Either the Pfizer or Moderna vaccine could be used as a second dose after an initial dose of AstraZeneca, if the latter is not available.
The Pfizer vaccine could be administered as a booster shot if the first dose of Moderna is given, and vice versa.
Several ongoing studies are investigating the effects of mixing coronavirus shots. Data has been released from mixed trials in Spain and the United Kingdom, which suggest that mixing vaccines leads to a strong immune response and sometimes outperforms two doses of the same vaccine.

The MoH earlier issued guidelines regarding mixing two vaccines. Those given their first shot of the Sinopharm, Pfizer, and Moderna vaccines must be given the booster shot of the same type.

However, in the case of limited supply, the Pfizer vaccine can be given as the second dose for those who have received the AstraZeneca vaccine for their first jab, with the consent of the people to be vaccinated.

According to the MoH, tens of millions of doses of Pfizer, Sinopharm, and AstraZeneca are expected to arrive in Vietnam in September and beyond.

To date, Vietnam has licensed six COVID-19 vaccines for emergency use locally, namely AstraZeneca, Sputnik V, Pfizer, Moderna, Janssen and Sinopharm. Except for the Janssen (Johnson&Johnson) vaccine, which is yet to be imported into Vietnam, the remaining five vaccines are being used on the condition that each person needs to get two shots.

As of September 8, more than 23.5 million doses of the COVID-19 vaccines have been administered nationwide, with more than 3.7 million people getting fully vaccinated.

Speaking at a press meeting on Tuesday, Nguyen Hoai Nam, deputy head of the city Department of Health, said the city’s number of vaccines, including Moderna, is limited.

As many as 446,118 people in the city were immunised with the Moderna vaccine between August 1 and 15.

The recommended interval between the first shot and the second for Moderna is four weeks.

According to the Ministry of Health, there are no more Moderna vaccines in storage. The country so far has depended on donations for Moderna.

According to the city's Department of Health, the Moderna and Pfizer vaccines use the same mRNA technology and have a similarly high efficacy at preventing symptomatic disease.

Previously, a number of people in the city whose first shot was AstraZeneca received Pfizer as their second shot after AstraZeneca supplies ran out.

The city aims to have all people aged 18 and over receive the first shot by September 15, and the second shot by the end of the year.

The city currently has AstraZeneca, Pfizer and Vero Cell vaccines.

As of September 7, more than 6.5 million doses have been administered in the city, including more than 6 million for the first shot. As many as 700,519 people aged 65 and over and those with underlying medical conditions have been vaccinated.

About 1,600 military doctors, nurses, and students from Hanoi have been working at 531 mobile medical stations in the city since August 21.